Cochinita pibil, one of the most appetizing dishes of Yucatecan gastronomy, caused a big sensation among the people who attended the 43rd edition of the Tianguis Turístico México 2018, held in Mazatlán, Sinaloa, as more than four thousand people passed by the Yucatan exhibition area to taste this delicacy, just during the first two days of the event.

From an early hour, the state pavilion became one of the most attended, not only to know the attractions that the destination offers, but also to taste the typical food of the extensive menu that included relleno negro, cochinita, lechón and chaya tamales, prepared by cooks native of Mérida and Tizimín.

And to wash down these specialties, they had horchata de coco and chaya, the latter drink much in demand by those who visited the module, located inside the Mazatlan International Center.

The hands and seasoning of Miriam Peraza Rivero, Silvia Santoyo Montero and Blanca Rosas Campos, with the specil touch of chef Raymundo Pinto Rodríguez, captivated the palates of those who visited the Yucatan stand, to which is added the warmth and friendly treatment that characterizes our people, causing many to return for a second serving.

“People want to know more about Yucatan, they all ask for information and they know that it is the safest state in Mexico,” said Peraza Rivero. 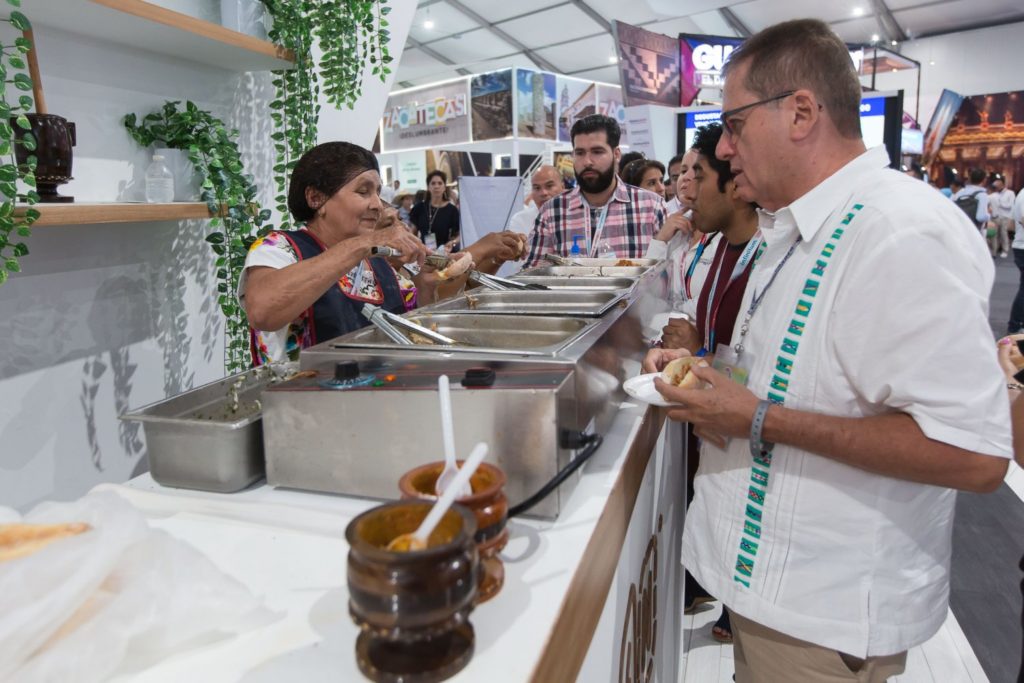 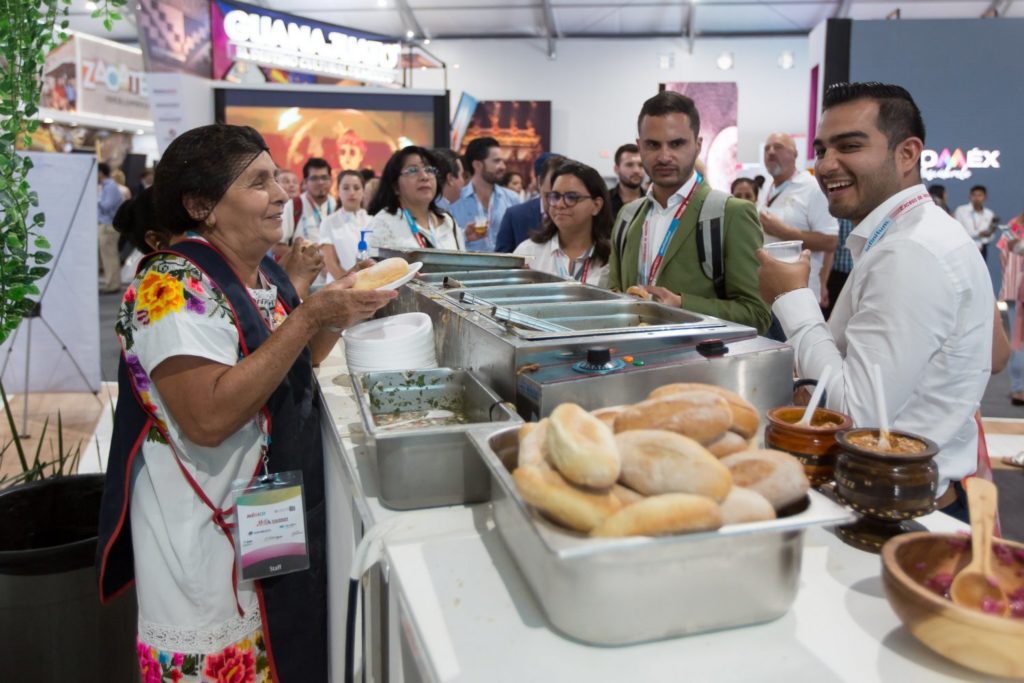 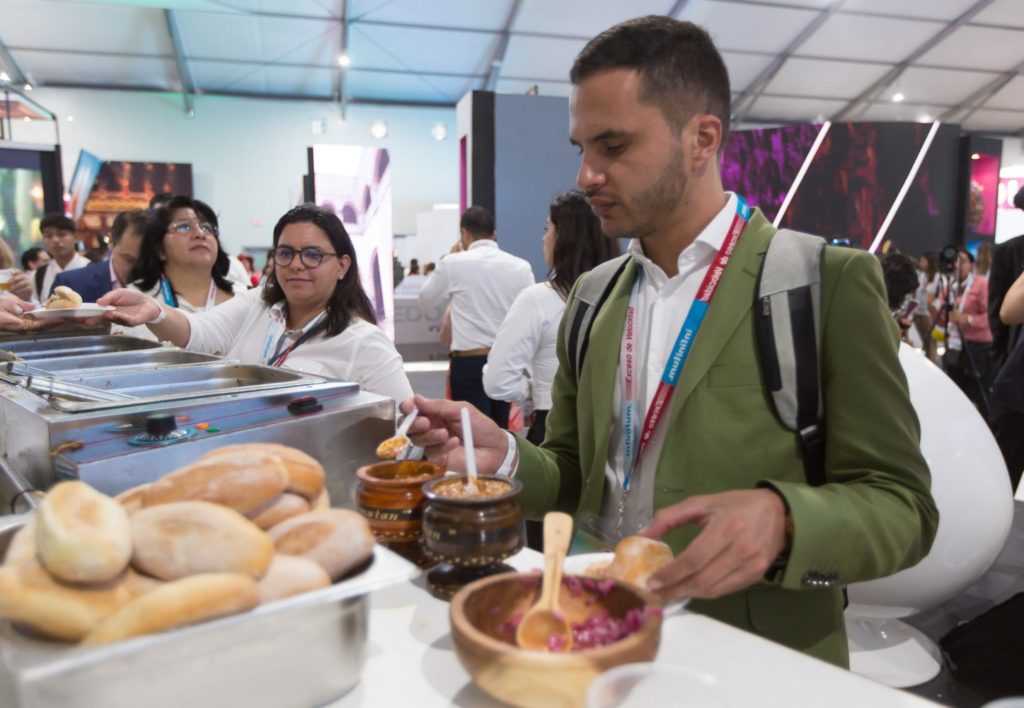 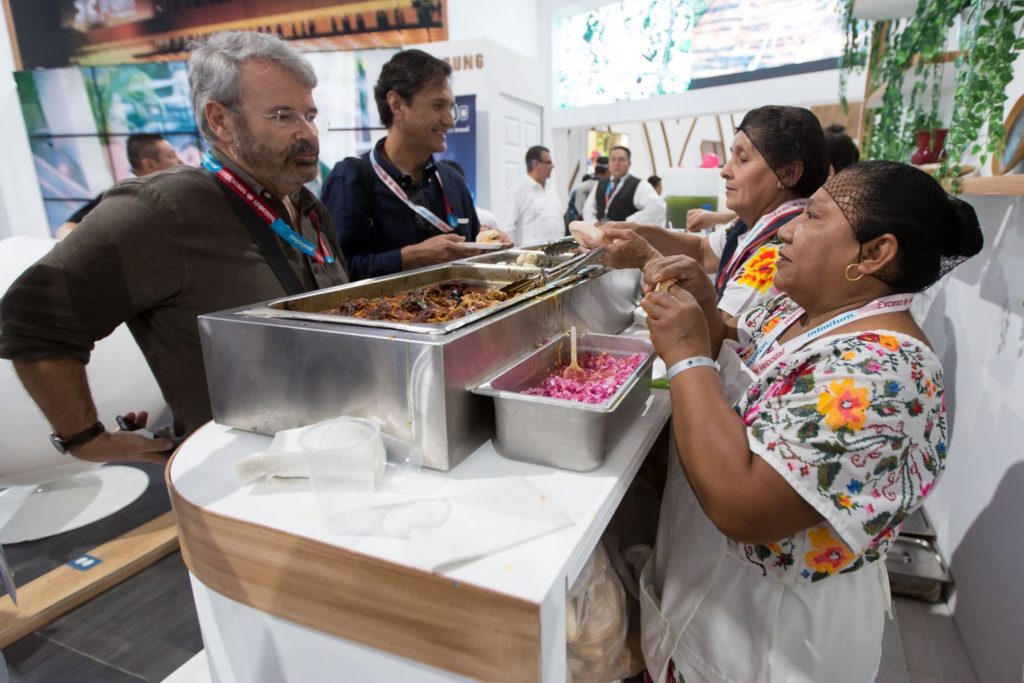 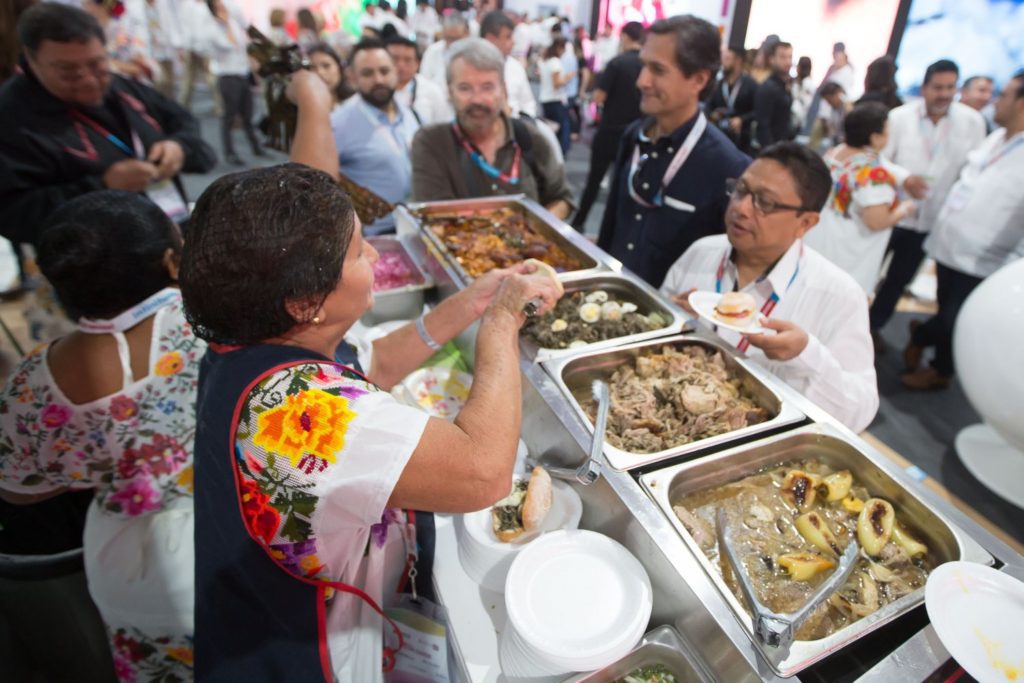 Dressed in the traditional hipil, the Yucatecan cooks capture the attention of attendees. “It is what attracts them, that Mayan cooks are present at such an important event because it gives the certainty that they are trying traditional food,” said the native of Merida.

Due to the success achieved each year by the gastronomic sample of the Yucatecan pavilion, this time it was decided to increase the amount of food, so the event ended up with the consumption of more than 100 kilos of cochinita pibil, 40 kilos of the other traditional stews and 500 chaya tamales.

In addition, the food was preparated with the required ingredients, that were transported all the way from the state of Yucatan.