The Luckiest Gringo in Mexico (Part 2)

(…) Lupita and I will celebrate 28 years of marriage this fall, and we both still feel like we’re honeymooners. Fate, destiny, karma or whatever it is that brought two people from such different worlds together. Now we’re just a couple of old romantics.

Besides promoting Zihuatanejo and the region, we also try to help the needy and the less fortunate. From students to the elderly. Readers of my website have donated money, school supplies, clothing, glasses, computers, bedding, even furniture. My wife works tirelessly using her connections to match up donations to the folks who need them. Even though I’m an unrepentant atheist, I consider her a saintly and exemplary woman and I thank my lucky stars to have found her. Against all odds we met and married, from such different backgrounds and cultures, yet somehow we are two pieces of the same puzzle and we seem to fit together perfectly.

My future mother-in-law used to try to run me off when I came calling for Lupita, always telling me “está ocupada.” My future wife’s friends even told her I wouldn’t stay, that like all gringos I was only here for a little while. Even my own family thought I was mistaken to believe I could fit in here. I’ve now been here close to 30 years, most of my adult life and can’t imagine living anywhere else. This is my home. I have no other. And eventually my suegra and all our nay-saying friends had to admit they were wrong.

Zihuatanejo became popular with sport fishermen going back as far as Zane Grey. In pre-colonial times Purépecha royalty from the region of Lake Pátzcuaro used to migrate to Zihuatanejo every year as well as hide their women here during times of strife, and the reef-like rock breakwater at Playa Las Gatas was allegedly built by them. When Pedro Infante was here filming the movie “La Vida No Vale Nada” my wife was just a little girl still living in her family’s home on the beach next to what is now the Cancha Municipal, and he gave her a kiss on the cheek that makes her smile to this day.

I found my footing in Zihuatanejo first as an English teacher for 9 years, starting in one of the big hotels in Ixtapa and later switching to private schools and finally giving private classes out of my home. Then the internet arrived to Zihuatanejo and after doing a search for “Zihuatanejo” and finding listings for hotels that had been out of business for years I decided I could do better, and I taught myself how to make websites. That was about 20 years ago. I don’t know what I was thinking but I gave up teaching, a social life, money to spend and spare time to enjoy it to be an overworked underpaid webmaster and promoter of our region. But I wouldn’t change a thing! 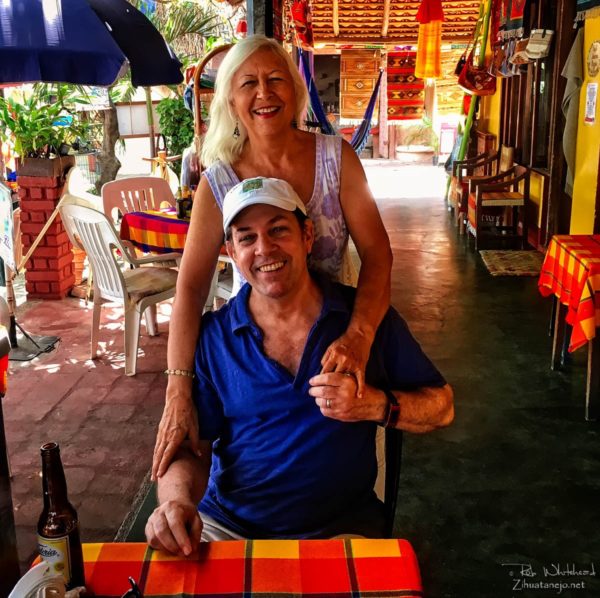 A stroll to the pier and back with my wife, one of our favorite things to do, can take 20 minutes or it can take an hour, depending how many friends we encounter along the way. Zihuatanejo is like a big family, especially in our case being part of one of the older respected families of Guerrero, and we casually greet and chat with friends and strangers on our strolls, as is customary among people of the region. The warmth of the locals along with the area’s natural beauty has long been part of Zihuatanejo’s principal attractions.

We also observe siesta time daily from 2:00 to 5:00 PM. Siesta is one of my favorite local customs, and frankly I could never again function in the 9-to-5 work environment. I’m ruined for life! 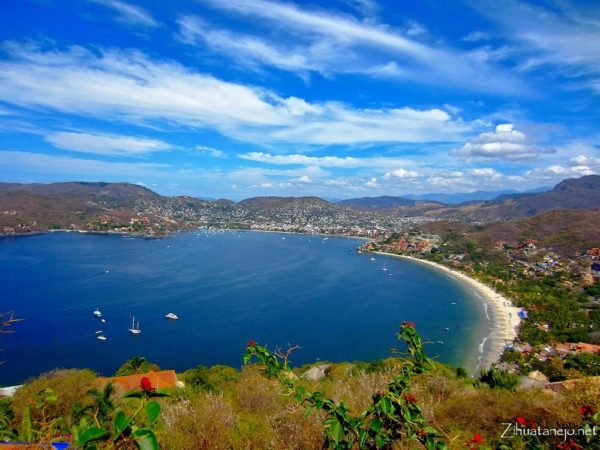