“In Southern Mexico, 8 out of 10 jobs are in the so-called ” informality” (which basically means that they don’t pay taxes); while in Northern Mexico only two out of 10 jobs are in ” informality”.  Circumstances force us to face the challenge of reducing informality, and during the current administration of president Peña Nieto, this trend was only reduced by 3 percentage points”, stated Roberto Campa Cifrián, Secretary of Labor and Social Welfare (Secretaría de Trabajo y Previsión Social: STPS).

The official said: “we have extraordinary social and economic differences in Mexico, so the fundamental challenge in a country with so many young people is to generate employment, for that reason, our strategic goal is to reach four million more employees in formality before the end of the year”. 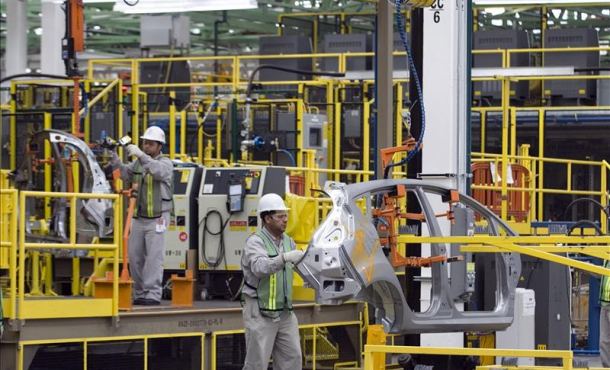 The unemployment rate in Mexico was 3.2% of the Economically Active Population (EAP) last February, lower than 3.4% in the same period of 2017, according to original figures published by the National Institute of Statistics and Geography (INEGI).

“The level of unemployment stood at 3.3% in the second month of the year, a rate equal to that registered in January,” the institution said in a statement.

People in “informality” accounted for 56.5% of the total employed population, below the 57.1% in February 2017, according to Newspaper El Economista and News agency EFE

42.2% of the employed population was concentrated in the services sector, 18.5% in commerce, 16.7% in the manufacturing industry, 12.9% in agricultural activities, 8.4% in construction, 0.8% in other sectors such as mining, electricity, water and gas supply, and the remaining 0.5% did not specify their activity.