Residents of the neighborhoods near to La Plancha in the Historic Center of Merida, gave life to a new civic association named Vía Central, which objective is to supervise the advances of the project announced in the former train station so that it becomes a world-class park that elevates the quality of life of the people in the Yucatecan capital.

Arturo Novelo Dorantes and Jack Robinson, president and honorary member of this new organization, respectively, explained that they should continue with the work of the “Gran Parque La Plancha” initiative, which goal was to transform the lot into a park.

This urban project has the potential to transform the Historic Downtown, improve public health and the educational prospects of young people, triggering tourism, investment and employment in the state capital.

Vía Central, together with Parques de México, will hold its first event “Charla- Vino & Tapas: Vía Central- De La Plancha al Alma de Mérida“, which will bring together some of the main advisors in the development of urban world projects.

The event will take place on April 25 at 8 pm in “La casa que canta” located on Calle 66 #398 between 43 and 45, to which business, social and political leaders of local and foreign communities will attend.

They will share experiences with leading experts in the field, such as Susan Chin, executive director of Design Trust for Public Space, New York; Charles McKinney, former chief designer of the same city, and Lilia Haua Miguel, director of the Pro-Bosque Trust of Chapultepec, among others. 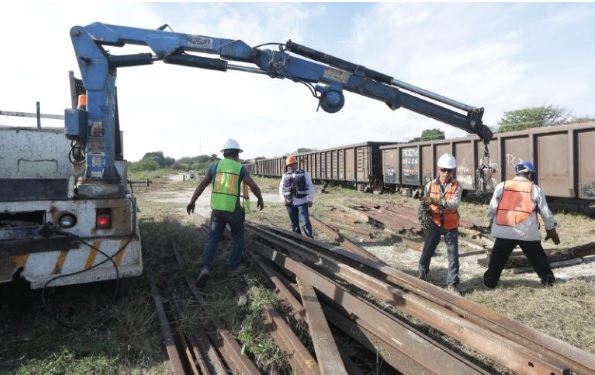 As speakers the event features, Itziar de Luisa, president of the Colonia Santa Fe Zedec Santa Fe Association, Mexico; Guillermo Peñalosa, leader of the World Association of Urban Parks, as well as Jorge Pérez Jaramillo, consultant in Planning, Urbanism and Architecture, and former director of the Administrative Department of Planning of Medellín, Colombia.