Africans, Afro-descendants and pardos (descendants of Maya and Africans), lived in Yucatan during the Spanish colony under the regime of slavery, as powerful and wealthy high society people acquired them as part of their social status, employing them for domestic or agricultural tasks, just as it used to be in the Southern United States.

For Jorge Victoria Ojeda, a researcher at the Autonomous University of Yucatan (UADY), the liberal policy of the nineteenth and twentieth centuries obliterated the African footprint of Yucatan’s history with the idea of ​​creating a mestizo nation solely composed of Spanish and Maya indigenous people (decendents of the ancient cultures that built the great ruins), without mentioning the Africans that also came to the peninsula during colonial times.

“The mestizo binomial was offered to us by the group in power, which is the one that continues today. Up to this day, when we study the Yucatecan colonial era, books just talk about Maya or Spanish, but the third ethnic group, which was also extremely important, is not mentioned at all,”  said the researcher.

Victoria Ojeda became the first specialist at the Regional Research Center “Dr. Hideyo Noguchi” (UADY) to study the presence of African people in the Yucatecan colonial society, from an academic point of view. He named the investigation: “Identity and Maya Culture in Yucatan”.

For two years the researcher dedicated to develop the project “Africans, Maya, Spaniards and Yucatecans: relations, exchanges and contributions”, focusing on the study of the relationship that Africans had with other ethnic groups that coexisted in the Yucatan Peninsula during the XVII and XVIII centuries.

As a result of this study, inaccurate historical data considered true was corrected,  and a new knowledge was obtained about the ethnic interactions during the colonial era. 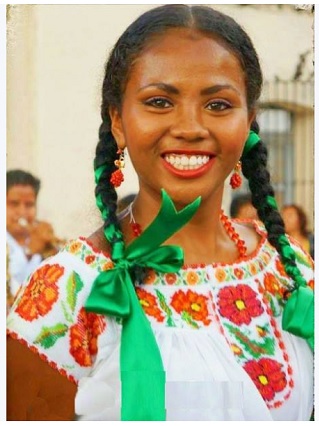 According to Victoria Ojeda, who is a national researcher level I, one of the few records in this subject is the work of the American researcher Matthew Restall, who in 2009 published the book “The Black Middle: Africans, Maya, and Spaniards in Colonial Yucatan”. In this book, Restall affirms that Afro-Yucatecans played interstitial roles during the colony, filling a middle position between Spaniards and Mayas.

Therefore, African decendents impacted colonial society, from the Spanish city to the Mayan village, in profound ways that still need to be recognized. For many years, Afro-descendants lived in the same houses of their masters in some kind of “domestic” slavery.

“It was thought that in the sixteenth century the center of the city of Mérida was only for Spaniards, but this is a false idea. In the houses lived the three groups and the three interacted in the streets and specially during the religious celebrations, with some restrictions though,” the researcher underlined.

“In the colonial houses, the Spaniards were always in charge and Afro-descendants were in an intermediate position between those and the Indians” he continued. 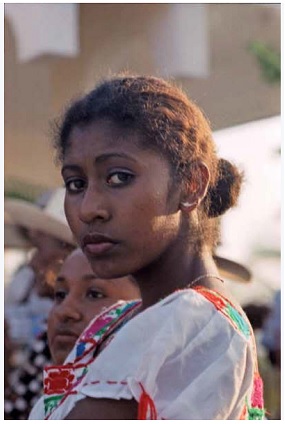 Among the five main neighborhoods of the Historic Center of Mérida (Santa Lucia, Santiago, Santa Ana, San Sebastián and Mejorada) it was considered that Santa Lucia was the neighborhood of the African and Afro-descendant population, according to the work of historian Rubio Mañé (1942), but a study by the UADY shed new light on that matter.

Although the political and administrative movements of the Catholic Church and the Spanish Crown resulted in the  segregation of this ethnic group towards the end of the seventeenth century.

After the independence of Mexico, the African and Afro-descendant population spread across the country. But some of them still appear in photographs of the early twentieth century (preserved in the UADY’s photo library “Pedro Guerra”).

“Our next project is about the comparative relationship between the black population of Mérida and Campeche. As we have always been told that Campeche was a point of entry (and sale) of blacks to the Yucatan Peninsula, that’s why we want to do a study of both cities to learn more about the aspect of Africans and Afro-descendants in the Yucatecan colonial world, without losing sight of their relationship with other social actors,” Victoria Ojeda concluded.