SpaceX aced its launch, but the $6 million nose cone crashed near Baja Mexico

SpaceX launched another rocket on Friday March 30, and fans waited with bated breath to find out that the company was not successful on landing the $6 million nose cone into a giant seaborne net.

So news were not good. SpaceX CEO Elon Musk said on Twitter that as the nose cone — also called a fairing — fell back toward Earth, the parafoils that were supposed to slow its decent became tangled.

So the “fairing impacted water at high speed,” Musk said. That likely destroyed it.

Liftoff occurred just after 7 am PT from Vandenberg Air Force Base in California, and the primary mission went off without a hitch. A SpaceX Falcon 9 rocket delivered a group of 10 satellites into orbit for communications firm Iridium (IRDM).

SpaceX is well known for landing and reusing rocket boosters to bring down the price of its rockets. But this was one of the rare occasions Musk has acknowledged his rocket startup’s attempts to recover the fairing after launch. 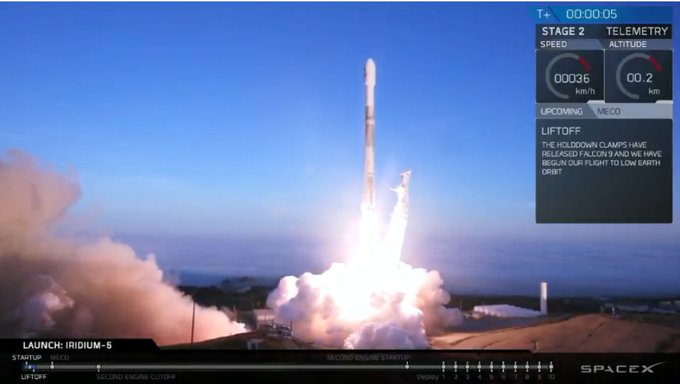 The fairing rests on the top of the rocket, and it acts as a shield for the satellites during launch. Once the rocket is in space,it splits into two and falls away. Typically, it’s left to plummet back to Earth where the ocean becomes its graveyard.

But SpaceX wants to change that. As Musk once put it, if “you had $6 million in cash on a palette flying through the air, and it’s going to smash into the ocean, would you try to recover it? Yes. Yes, you would.”

The company has quietly tried to recapture the 43-foot-long fairing halves since at least March of 2017.

At least twice, SpaceX guided fairing halves to soft landings in the ocean. But there’s a problem.