On Sunday March 11, I caught up with Merida Big Band director Ranier Pucheux backstage at Peon Contreras before their show “Swinging Big Band”. As I walked in through the backdoor and entered stage right through the side curtain, I could feel the air thick with excitement and what a beautiful sight it is to look out from the stage onto the grandiose theater and its red velvet seats, five stories of balcony and the cupula with a spectacular fresco and a majestic chandelier hanging from the center.  I have been to this theater on countless occasions, but always as a part of the audience.

Getting a view from the perspective of the artist is a completely new experience. It is as if encapsulated in the curtains, stage, rafters and lighting you can feel each tiny remnant of energy left behind by every artist who has ever performed on that stage. There is a phantom presence in the theater that for me seems as sacred as the old cathedrals or a night stroll through the forest. I arrived very early, there were only one or two musicians preparing their instruments including Pucheux who was setting up his clarinet.  As he saw me enter, he graciously took a quick break to talk to me about the Merida Big Band and some of their upcoming projects.

Ranier Pucheux, originally from Cuba, is a clarinetist, pianist, composer and musical arranger. He started Merida Big Band 10 years ago, and this year they are coming out with an album to mark their 10th anniversary. He remembers growing up as a young boy in Cuba, his grandparents would put on Benny Goodman, Artie Shaw, Frank Sinatra and many other great big bands from the 40´s and 50´s. At the time he was studying the clarinet and fell in love with the big band jazz from the United States and dreamed of playing in a big band orchestra someday. He left Cuba and came to Mexico 20 years ago to study music at the UNAM in Mexico City. After his studies he was invited to play in the Yucatan Symphonic Orchestra as the principal clarinetist. As a member of the symphony, he met many talented brass musicians and realized he might finally be able to achieve his dream of starting a big band orchestra. The quality of sounds of the brass instruments in a big band is very demanding and the musicians must be top notch. Little by little he was able to find top-level musicians to fill all the spots in the band. 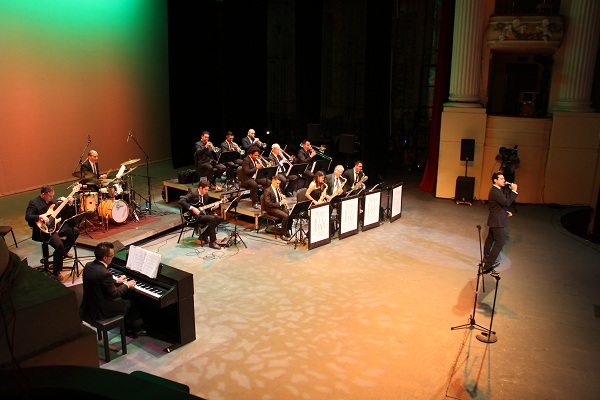 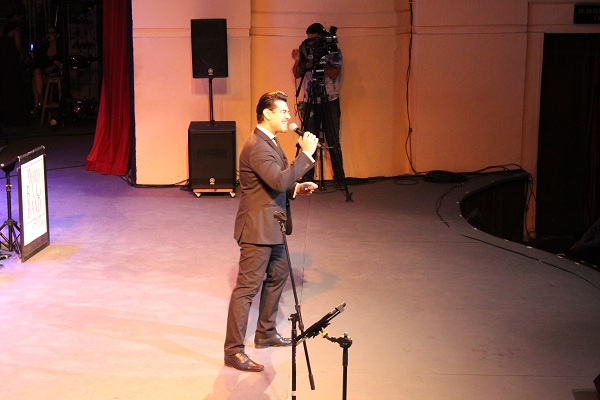 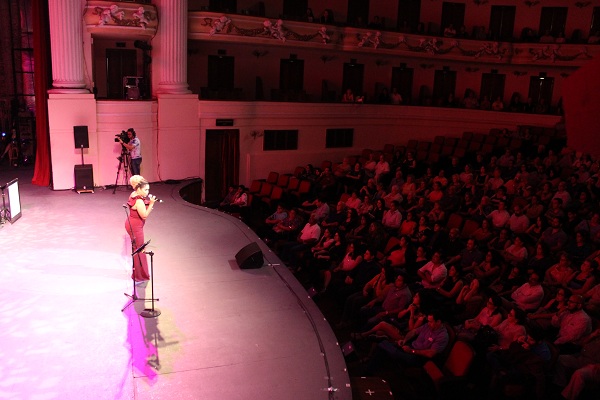 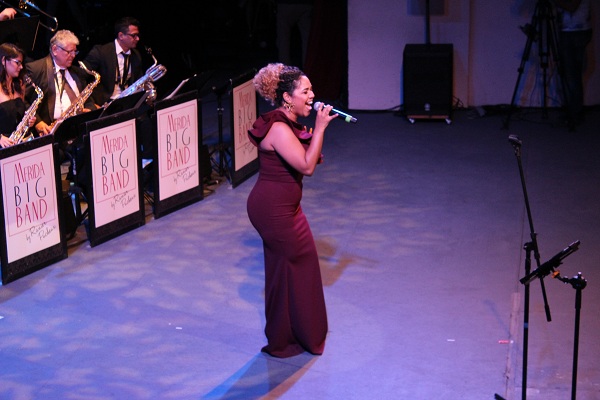 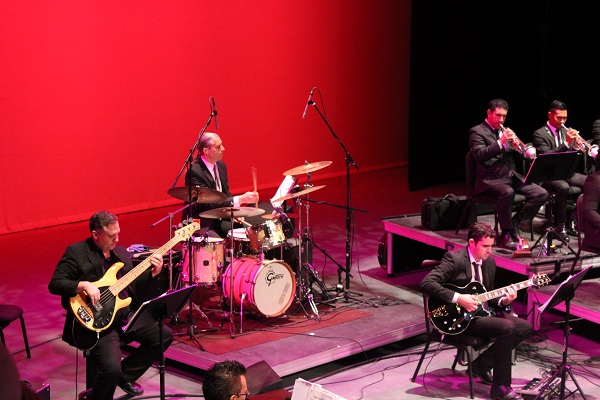 The Merida Big Band plays about four times a year in different major theaters in the city. They also play special events such as the jazz festivals, government events and weddings. They have accompanied visiting artists including Aleks Syntek, Natalia Lafourcade, Kalimba and Armando Manzanero. In the future, Pucheux hopes to compose his owns songs for Merida Big Band and is also working on arranging Yucatecan songs in big band swing style. He wants to take advantage of the beautiful songs from the region and keep up with the current trend in big band of taking regular songs and arranging them in swing style. 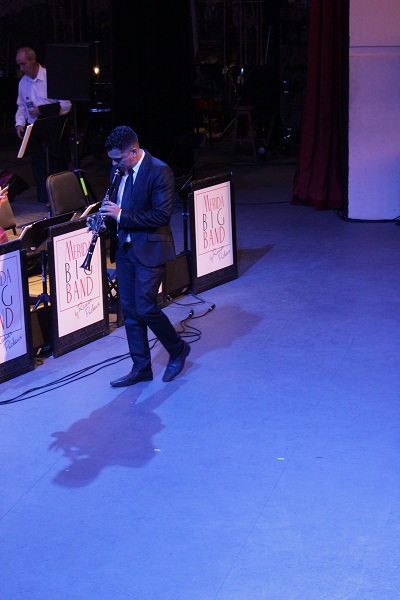 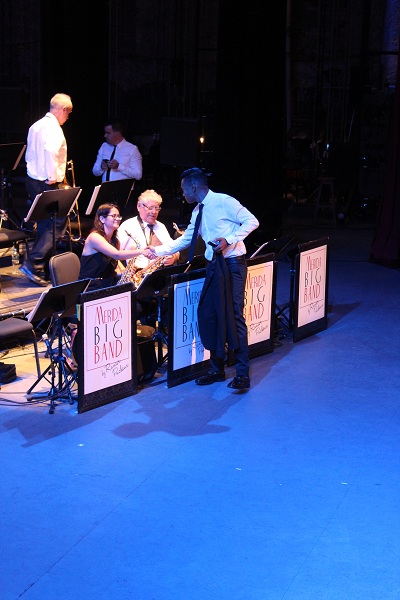 Sunday night’s show boasted a repertoire including classic big band tunes such as “Summertime”, “New York, New York”, “Moondance” and “Feeling Good”. Maydel Garcia and Luis Poblete graced the stage with their soulful voices; Jose Ballote gave me goosebumps with his incredible sax solo; Franklin Brooks Carballo added a sprightly element by playing the “wah wah” sounds effect on the trumpet during his solo; and Mauricio Bonfiglio´s dexterity and mastery of the drums injects the stage with energy. Ranier Pucheux has done a phenomenal job choosing an elite group of musicians whose sounds and incredible knowledge of music allows the audience to enjoy a night of excellent jazz swing fun. Don’t miss their next show on May 20th at Armando Manzanero Theater featuring the best hits of Michael Bublé.