The Creston Police Department told WHO-TV that four members of an Iowa family were missing in Mexico.  The family says in a Facebook post that they were supposed to return to the United States on a flight to St. Louis Missouri, on March 21, 2018.  They were supposed to go to a Southwest Community College basketball game in Danville, Illinois Thursday March 22, but they have not been heard from.

Ashli Peterson posted to Facebook  Thursday March 22 night.  She was asking for help to locate family members Kevin, Amy, Sterling, and Andrianna Sharp. She said the family left the US on March 15, bound for Tulum, Mexico. The family was last heard from that night, after they reported they had made it safely to their condo.

The four bodies of Kevin, Amy, Sterling, and Andrianna Sharp were found in advanced state of decomposition inside the PH1 condominium unit at Bahía Príncipe, Tulum, and local authorities declared that there was absolutely no foul play or signs of violence in the crime scene.

The two children were found in the living room and the adults inside one of the bedrooms. The hotel room was registered under the name of Kevin Sharp. 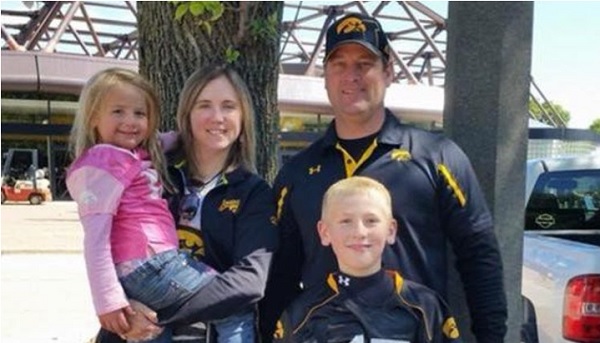 The Yucatan Times expresses its deepest condolences to family and friends.