Future investments in agriculture and sustainability for the state of Yucatan

Mérida, Yucatán, February 27, 2018.- Representatives of the academy, private initiative and non-governmental organizations met for the delivery of the final report that concluded the series of meetings aimed at guaranteeing the sustainability conditions for future investments in agriculture in the state of Yucatan.

The head of the Ministry of Economic Development (Sefoe), Ernesto Herrera Novelo, urged the members of the work group to continue working together, given the importance of this sector in the economy of the state, mainly as a generator of sources of employment.

“We really believe that economic development can occur hand in hand with sustainability. That is why we appreciate the support of the academy, environmental experts, business managers and those who believe on an envirironmentally responsible Yucatan. It is important that we can conclude this first stage, which marks the beginning of  the work we plan to do together” he said.

The official emphasized the value of the participation of all the actors directly involved in the agro-industrial sector and emphasized that part of the objective of these meetings is precisely to preserve the competitive advantage that Yucatán represents in matters of public safety.

For this exercise three work groups were established:

As part of the final conclusions, the General Director of Planning and Strategic Projects of Sefoe and coordinator of group three, Rodrigo Cejudo Valencia, said that “it is necessary to define criteria for the selection of sites for the location of projects that consider the vulnerability of the most important resources: water, soil, use of land and the rural communities of the state “.

He also pointed out the need to “establish mechanisms and networks for the monitoring and surveillance of the environmental and social impacts generated by the project in all its dimensions”.

Among the agreements reached, it was also established the promotion of environmental education, both for the care of the environment, and for the dissemination of the existing good practices, in an open dialogue. 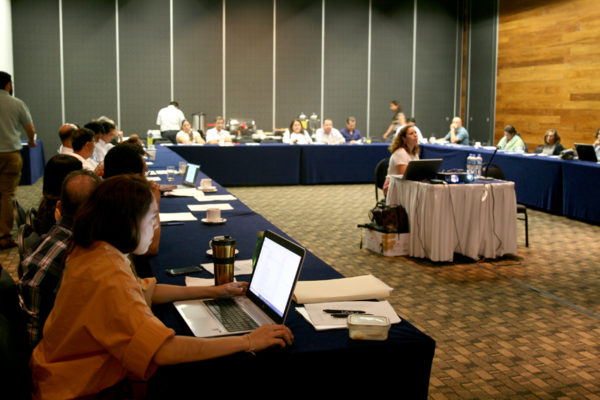 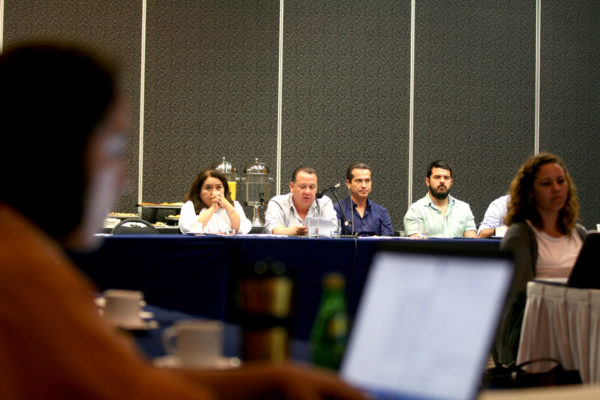 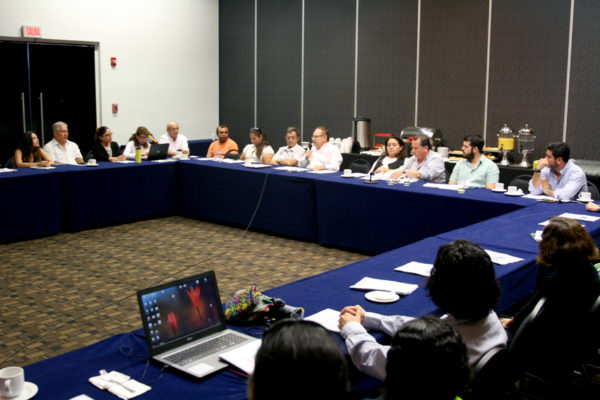 In that sense, “use of the existing information, as well as cooperation between the different sectors represented in the work groups to develop instruments that allow a deeper analysis and generate tools for a sustainable development model for agricultural activities in Yucatan” said Cejudo Valencia .

On the other hand, Germán Giacoman Vallejos, of the Engineering School of the Autonomous University of Yucatan (UADY), said that “this initiative will allow us to make the state much more dynamic, in terms of  research towards the benefit of our society”.

The main researcher of the School of Chemical Engineering of UADY and coordinator of group one, Diana Cabañas Vargas; the General Director of Extension and Liaison of the Marista University and coordinator of group two, Miguel Carbajal Rodríguez; were also present at the event among other representatives of local companies, government agencies and NGOs.