According to CNN, Mexican President Enrique Peña Nieto has called off an official trip to Washington to meet with President Donald Trump after a tense phone call brought the two leaders to a policy-driven standstill.

Peña Nieto was tentatively planning the trip for March, a White House official said, but the official confirmed to CNN that the trip was put on hold following the phone call, which took place on February 20.
According to The Washington Post, which first reported the cancellation, officials from both countries told the paper that Peña Nieto “called off the plan after Trump would not agree to publicly affirm Mexico’s position that it would not fund construction of a border wall.”
A White House official told CNN that any meeting would be awkward and counterproductive given Trump’s vow that Mexico would pay for the wall.
The official said the call was “less hostile” than the one that occurred between the two leaders a year ago, but “no more productive” than that call either. 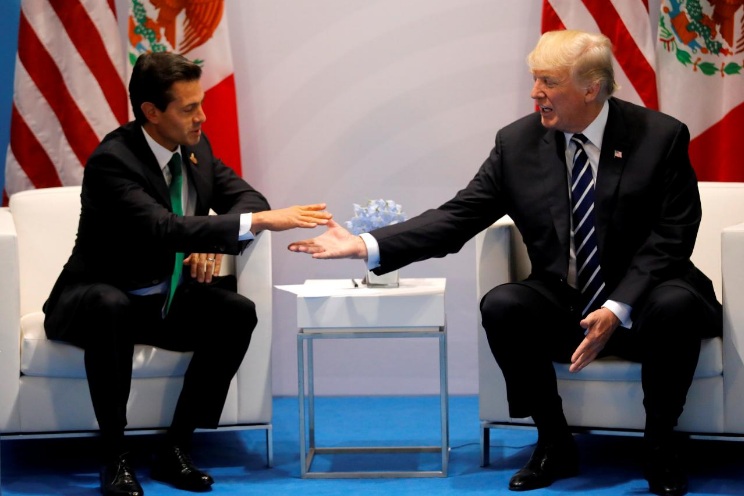 At least one Mexican official, who spoke to the Post on the condition of anonymity, said Trump “lost his temper.” US officials described the President as being “frustrated and exasperated, saying Trump believed it was unreasonable for Peña Nieto to expect him to back off his crowd-pleasing campaign promise of forcing Mexico to pay for the wall.”
According to the Post’s report, the two leaders “devoted a considerable portion” of this year’s call to discussing the wall.
According to the paper, officials from both countries confirmed that Peña Nieto’s “desire to avoid public embarrassment — and Trump’s unwillingness to provide that assurance — that proved to be the dealbreaker.”
Source: https://edition.cnn.com/