Vote for Wildlife Photographer of the Year (people’s choice award)

The Natural History Museum of the United Kingdom has chosen 24 of the best images from its Wildlife photographer of the year competition shortlist. Members of the public can vote for their favourite by 5 February 2018. 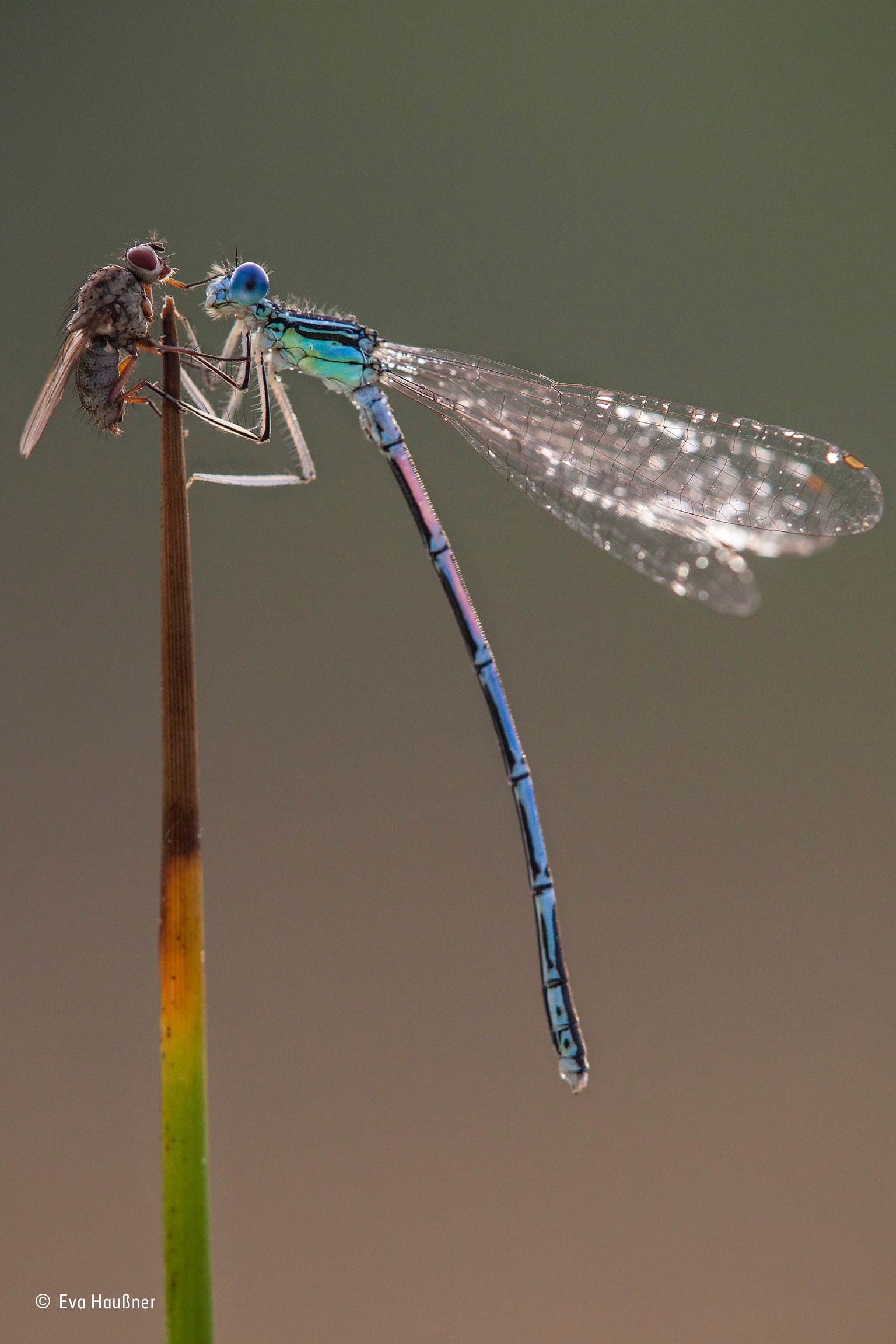 Beauty and the beast by Eva Haußner, Germany ‘

Eva was trying to get the perfect shot of this unbelievably colourful blue featherleg dragonfly in Bad Alexandersbad, Bavaria, Germany, when suddenly a fly appeared. It clung to the dragonfly briefly before flying off, but luckily returned and gave her this unusual photo opportunity.’ 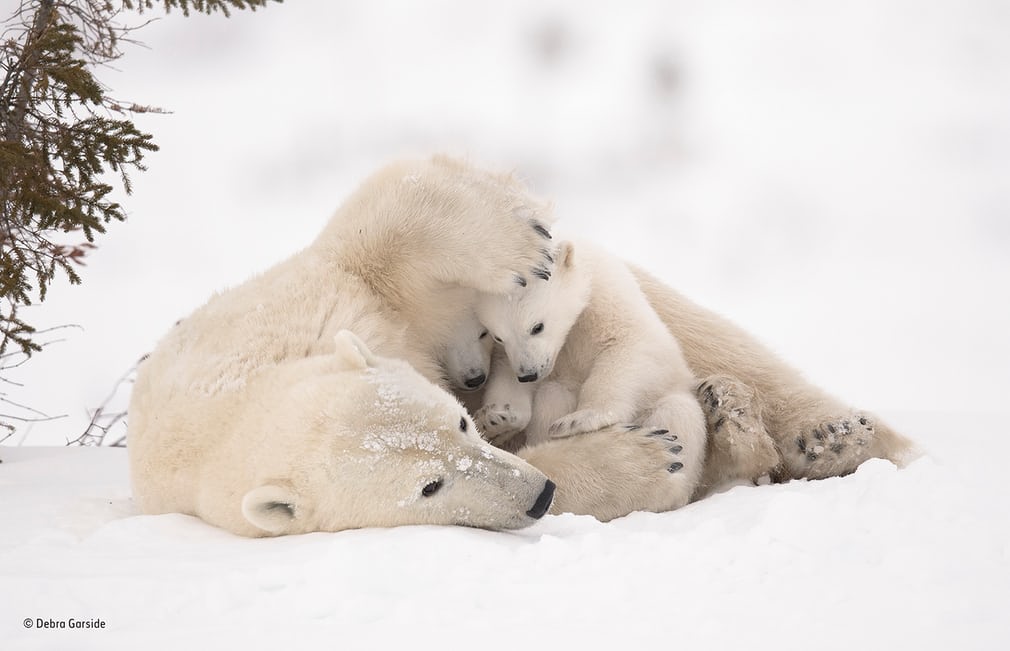 When polar bear mothers and cubs emerge from their dens in the early spring, the cubs stay close to their mothers for warmth and protection … Debra waited six days near the den of this family, in Wapusk national park, Manitoba, Canada, before they finally emerged. In the most challenging conditions she has ever faced, temperatures ranged from -35C (-31F) to -55C (-67F) with high winds, making it almost impossible to avoid frostbite and keep her camera gear functioning properly.’ 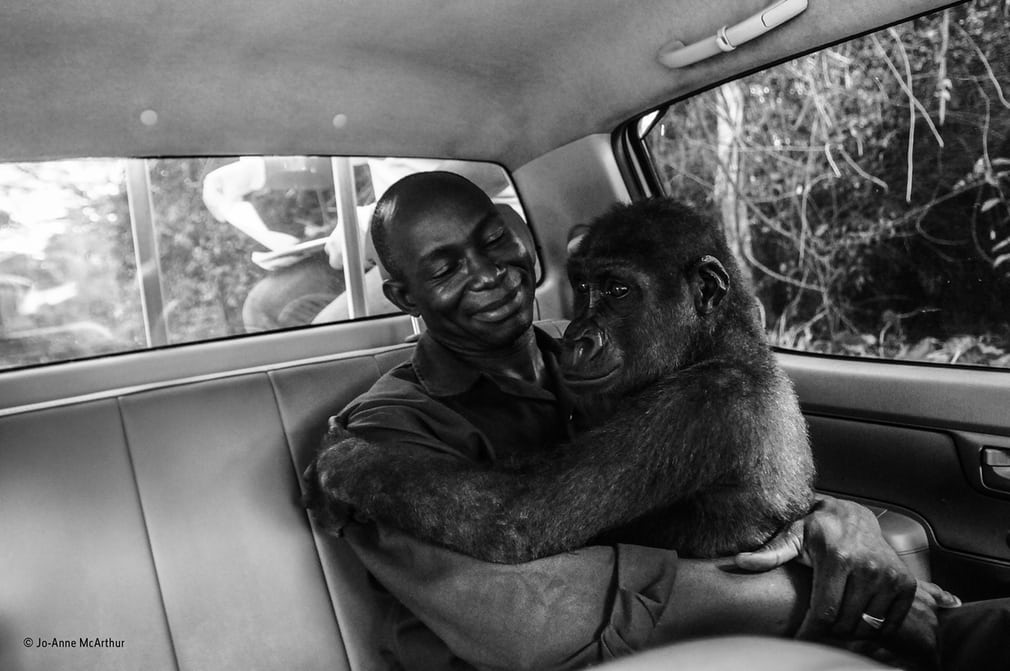 ‘Pikin, a lowland gorilla, had been captured and was going to be sold for bushmeat but was rescued by Ape Action Africa. Jo-Anne took this photograph as the gorilla was being moved from her former enclosure within a safe forest sanctuary in Cameroon … She was first sedated, but during the transfer to the new enclosure she awoke. Luckily, she was not only very drowsy, but she was also in the arms of her caretaker, Appolinaire Ndohoudou, and so she remained calm for the duration of the bumpy drive.’