CANCUN — While Uber Cancun announced the suspension of its services in Cancun beginning December 27,  the company said it hopes to resume operations in the near future.

The sudden announcement that Uber was suspending their driving services is a change of strategy to work hand-in-hand with the state, the company said. They also said that although they are not providing driving services, they are open to provide full technical service support to their driving partners through their service center, according to riviera-maya-news.com. 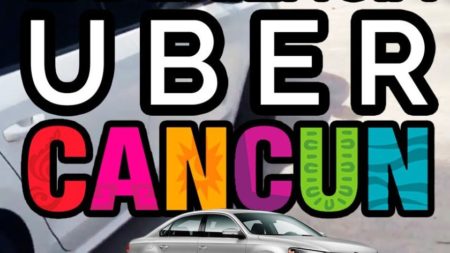 According to Uber Mexico general manager Federico Ranero, the platform “has worked continuously with the government of Quintana Roo to create the best possible regulatory framework for users and driving partners, for which his team specializes in public policies.”

“Uber has had constant talks with the executive and legislative powers to adopt a regulation that benefits economic, tourist and mobility progress in the state,” adding, “in follow-up to these efforts, the company takes a step to encourage conversation and thus contribute to establish enabling the legal framework that provides peace of mind in the use of applications of Transport Network Companies (ERTs) for partners drivers and users, which shows that Uber wants to be regulated and work hand-in-hand with the government.”

Ranero says he is confident Quintana Roo will be the next state to regulate inclusive ERTs and become an example for the rest of the country.

Through a statement, he said that he “will take advantage of this period to make alliances with commercial partners that offer safety, quality and courses, so that when he resumes operations, Uber will provide better service through their registered cars.”

Uber has operated in Cancun since September 2016, during which time it has served more than 300,000 people, of which 60 percent were national and international tourists.

With the creation of this Mobility Law, the Law of Transit, Transport and Exploitation of Roads in the state of Quintana Roo would be abrogated and replaced with a body called Mobility Institute, which will be responsible for formulating proposals and actions on behalf the state.