Author and Yucatan Today collaborator Violeta H. Cantarell, tells us about the musical sounds of the Yucatan.

For centuries, the ancient Maya had been accompanied by music during the hunt, to keep enemies away, imitating the sounds of nature or simply to celebrate, a tradition that still exists in Yucatan: land of Trova and a wide array of sounds that blend Western and pre-Hispanic musical instruments, giving our state a unique musical identity that we can hear everyday in the streets of Mérida.

You may have probably seen a “tunkul”  even without knowing what it is. It is a wooden box that has a particular sound and is one of the most emblematic musical instruments of Mayan culture, authentic heritage of the ancient people that inhabited the Yucatan Peninsula. 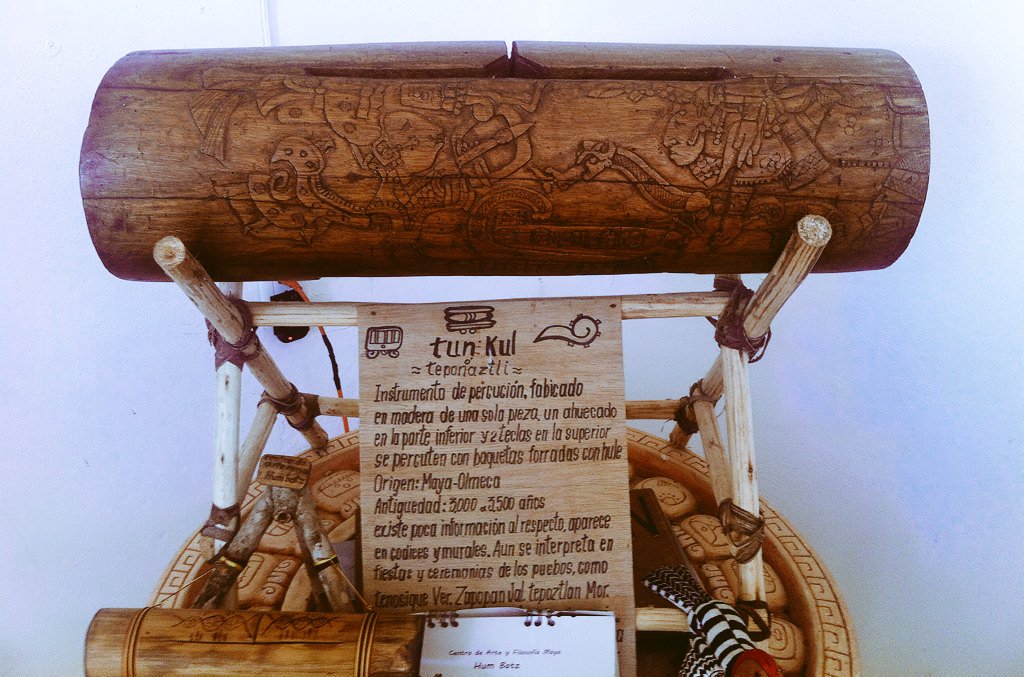 This ancient percussion instrument emits a dry sound similar to a box when hit with drumsticks. Made from cedar, mahogany, and zapote wood, it can be carved with decorative figures like frets and other designs. It was mainly used in ceremonies and rituals, and nowadays it is basic for the Jarana. Best of all, children can make their own “tunkules” with regional wood, thereby preserving the instrument’s tradition.

The “tunkul” can also imitate the sound of the frog as part of a rain-maker ritual, and its characteristic sound accompanies folk music interpretations providing Yucatecan music with one-of-a-kind original percussion sound.

There are also other Mayan percussion instruments: there are rattles made out of squash filled with seeds or rattles from rattlesnakes, or made from turtle shells, and, in fact, some of these artifacts have been found in cenotes, including the one in Chichén Itzá, which is proof of the enormous universe of sound and the great religious significance that music had for the ancient Maya.

As well, there is a wind instrument that has survived the passing of time, maintaining its mystical qualities: the conch shell.

Nowadays it can be heard in Mayan ceremonies such as weddings, during the equinox at archaeological sites, and even in the re-creation of the ancient Maya ball games.

It sounds like the ocean, and it’s used at the beginning of a significant event or to mark an important moment when people need to be alert.

And another of the most important instruments in Yucatecan music is obviously the guitar, with its many authors, writers, and poets who have been inspired to create romantic pieces for their beloved land, now known as “Yucatecan Trova.”

If you visit the Grande in downtown in Merida any given evening, you will be able to find “trios”, each with different sized guitars and who will delight you with their interpretations of Yucatecan songs.

It is said that in Yucatán, life is described in a song!