According to REUTERS, Mexican state oil company Pemex has chosen Japanese conglomerate Mitsui as its partner for a $2.6 billion coking plant project at its Tula refinery in a preliminary deal, two sources told Reuters this week.

Pemex chose Mitsui at a December meeting, two months later than planned, the sources said. Details of the tie-up are still being negotiated and the announcement should be made toward the end of the first quarter of 2018, the sources said.

“Mitsui was chosen, but the talks are still ongoing to reach a final deal. It is complex,” said a source at Pemex, who requested anonymity.

Pemex and Mitsui’s office in Mexico City both declined to comment.

Petroleum coke, abbreviated coke or petcoke, is a final carbon-rich solid material that derives from oil refining, and is one type of the group of fuels referred to as cokes. Petcoke is the coke that, in particular, derives from a final cracking process–a thermo-based chemical engineering process that splits long chain hydrocarbons of petroleum into shorter chains—that takes place in units termed coker units.

A global slump in oil prices since late 2014 and mounting debt have forced the Mexican oil firm to seek partners to help fund key projects.

So far, Pemex has invested $1.24 billion in the $2.6 billion coking plant project, according to the company. Pemex’s partner will need to finance the rest of the project, one of the sources said. 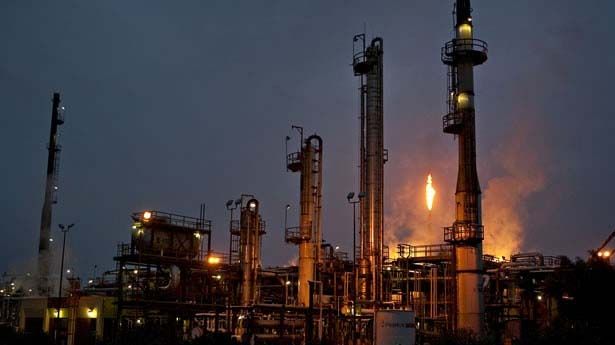 The Tula facility, Pemex’s second largest among six domestic refineries, has the capacity to process 315,000 barrels per day (bpd) of crude. However, it only processed an average of 219,000 bpd in the first 11 months of 2017.

Pemex has said that the new coking plant will increase the refinery’s gasoline output by 40 percent by allowing for the processing of fuel oil.

The construction of the plant began at the end of 2014 and is expected to be completed in 2021 by the new partner.