This article from travelpulse.com explains how medical tourism has grown to be big business in Mexico…

Last year, more than one million foreign patients traveled to the country for medical procedures ranging from nose jobs to more serious surgeries, according to Reportur, a Mexican publication.

In fact, Mexico is the most popular destination in the Western Hemisphere for Canadian and US citizens going abroad for medical treatment, according to a separate report, this one in The Market Mogul. 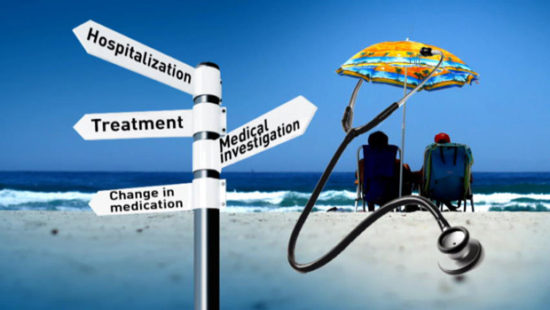 Why are so many people leaving their home countries to have such procedures?

The answer to that question is somewhat complex. In the case of U.S. citizens—with universal health coverage still not a reality and with health care costs being among the highest in the world—it’s simply cheaper to go to Mexico. (For those without health insurance, it can be as much as 80 percent less expensive in some countries, according to The Market Mogul.)

A plastic surgery procedure such as rhinoplasty (i.e. nose job) is about 56 percent cheaper in Mexico than in the United States. A heart valve replacement, meanwhile, can be as much as 89 percent less costly.

In addition, Mexico (along with other popular medical tourism destinations such as Costa Rica and Malaysia), have some of the best health care in the world. This assessment is based not just on affordability, but also the quality of staff and medical facilities, The Market Mogul reported.

There are 15 medical clusters in Mexico that are spread throughout 12 states in the country. Many have developed along the northern border of the country in recent years.

The country has also recently established a Medical Tourism Advisory Council made up of federal government agencies, private sector organizations, and academic and research institutions. The council’s goal is to create public policies surrounding this growing segment of tourism.