In the hunt for undocumented immigrants, US Border Patrol agents hassle citizens, too

Returning home on a long Greyhound bus ride from Jacksonville, the 31-year-old was the first passenger to get off at the West Palm Beach stop to get some fresh air — only to find Border Patrol agents waiting in the dark, guns in holsters, and accompanied by a dog.

An agent put up his palm in front of Dobarganes in a motion to stop, and asked where he was coming from, and then: “Are you an American citizen?”

Feeling confused, Dobarganes offered his driver’s license between nervous chuckles, and asked if there was anything else they needed. 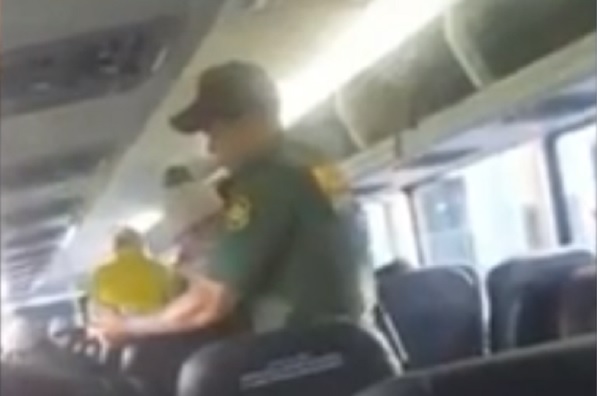 On Friday, January 19, 2018, U.S. border patrol officials boarded a Greyhound bus in Fort Lauderdale, Florida, and demanded proof of citizenship from every passenger.

Two darker-skinned Hispanic men who didn’t speak English weren’t as lucky as Dobarganes, who passed the inspection in perfect English. The men, who had boarded the bus at the Orlando stop, were put in handcuffs and questioned repeatedly, “Do you have a knife? Do you have a knife?”

They remained silent, compliant, Dobarganes said, and there was never an attempt by the Border Patrol agents to translate what was going on. Meanwhile, other agents boarded and searched the bus.

“I was born and raised here. I graduated from FIU [Florida International University], and it’s strange to be in this place, with these people in my face, looking through my bag,” said Dobarganes, whose parents came from Cuba in the late 1960s as teenagers.

Click here for full article on the Star Telegram