Different cultural, artistic, religious and sport events will be part of the Expoferia Valladolid 2018, which will be inaugurated on Satuday, January 27, and will last 12 days.

The Expoferia will feature the traditional “vaquería”, folkloric dances and artistic presentations of musical groups such as Elefante, Esmeralda Ugalde, the winner of “La Academia Bicentenario” reality show, Juan Solo along with Jenny and the Mexicats, among others.

Many of these shows will be free admission, in the village theater of the Expo Feria, as is the case of the Elefante concert, that will close the festivities on February 6 at 8:00 p.m. 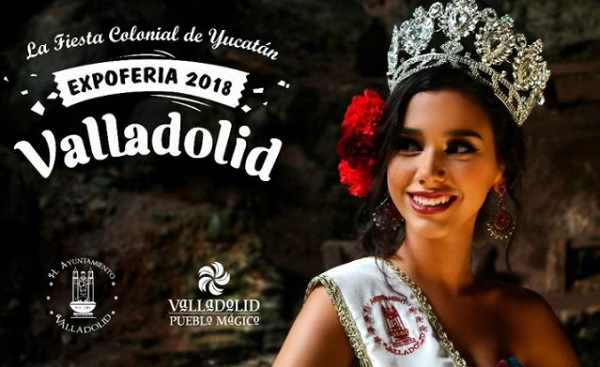 Some of the artits that will be performing at the Palenque during the Expoferia Valladolid 2018 are: Juan Sola, Jenny and the Mexicats; Horacio Palencia and Claudio Alcaráz, Junior Klan, and the regional comedian Oscar Martínez with his famous character “Tila María Sesto” as well as the comical show “Está Grueso el Payaso”.