“We are on the right path to build a more just, more prosperous and, above all, more inclusive Mexico: Enrique Iglesias,” he said initially in the account. 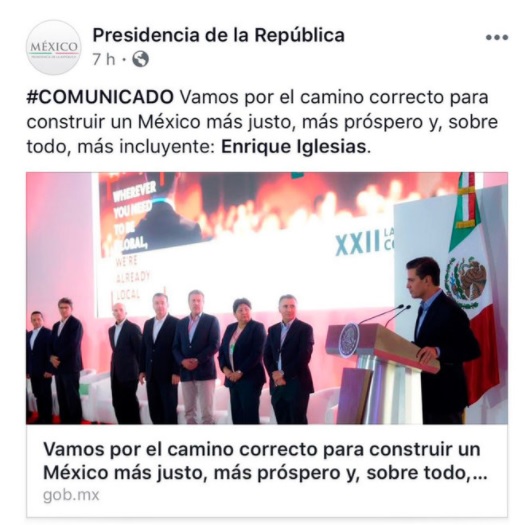 Minutes later the publication was deleted, and a new one was published , with the correct name of the president this time, and it was linked to Enrique Peña Nieto’s personal account (for the president to check it out).

As if the management team of the Peña Nieto administration did not have enough problems with rumors of corruption, constant mistakes on the part of the president in different public events, so that now also the people of social communication of the presidency of the republic that manages the social media platforms of the president come forward to “lend a helping hand” with one more blunder…