A magnitude-6.3 earthquake struck the Gulf of California Friday morning. No immediate damage was reported, according to the Associated Press.

The earthquake struck the waters between Baja California Sur and Sonora, Mexico, about 48 miles off the coast of Loreto, Mexico, according to the U.S. Geological Survey (USGS). The earthquake shook at a depth of about 6 miles. Loreto, which has a population of about 11,000, was the town closest to the quake. It is known for attracting American tourists who often camp in recreational vehicles along the coastline.

The city of Hermosillo (capital of the state of Sonora), which has a population of nearly 600,000, was 167 miles away from the center of the earthquake.

An aftershock struck nearby about half an hour later with a magnitude of 4.5. The National Oceanic and Atmospheric Administration’s tsunami warning system reported no warning, advisory, watch or threat of a tsunami as of Friday at around 11 a.m. 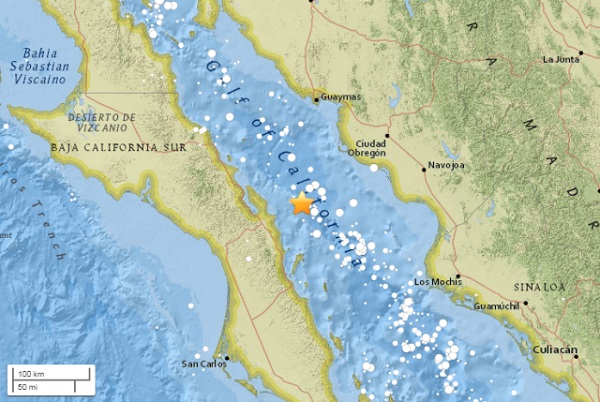