On Monday January 29, on the beach between Calle 130 & 132 around 7:30 AM a dead dolphin was washed up by the tide in Progreso, Yucatán. Mr. Jones, a Yucatan Times reader saw it, took pictures and sent them to the Yucatan Times Newsroom.

The animal seemed to have a small wound near its flipper that it bled from, no other injury was visible. It seemed to have died recently as there was blood on the beach and on its side.

Progreso residents called the police around 9 AM, and officers showed up by at 9:35. They pulled the dolphin further up the beach past the tide line as the tide had come in and was touching the corpse. 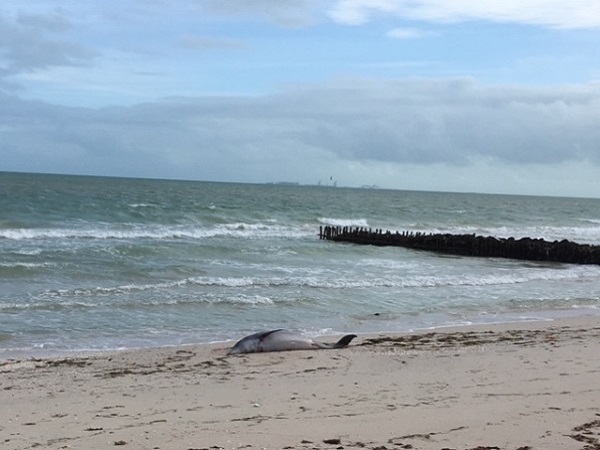 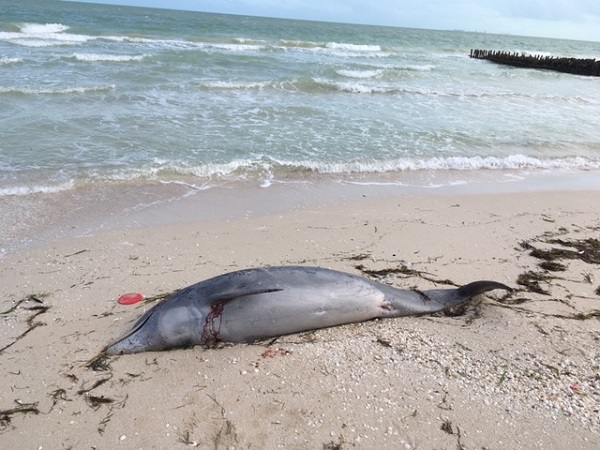 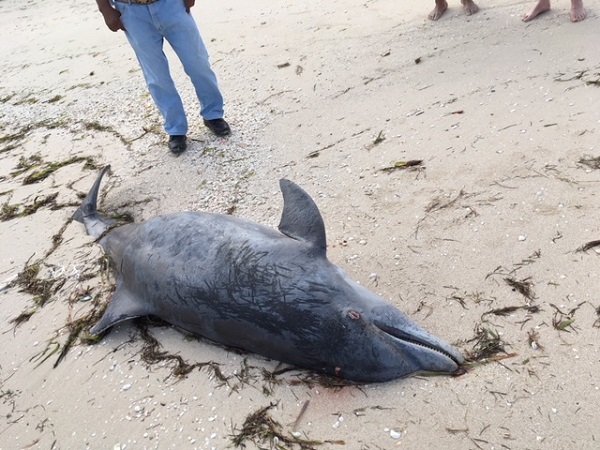 3 police officers and two other men pulled the heavy animal up the beach wearing latex gloves, and authorities took away the dead dolphin around noon.

Apparently, it died from what seemed to be a wound from a harpoon or some other puncturing object, although it could have died from something else. One of the witnesses mentioned that the injury looked like a bullet wound.

By the type of visible wound and the amount of blood, it is unlikely that the animal had died of natural causes.

TYT Newsroom with information from wharffjones