Cold, cloudy With Possibility Of Rain In Yucatan

Merida Yucatan.-
For the next few days dawn will be fresh, with the probability that the weekend will get worse due to the entry of another mass of cold air, informed the National Water Commission (CONAGUA).

Yesterday for the third consecutive day there were values ​​lower than 10 degrees Celsius in Yucatan. Abalá was the coldest place, while in Mérida the thermometer remained at 14 degrees Celsius.

According to the forecasts, today the sky will remain partially cloudy with little chance of rain, although some rains are not ruled out due to the establishment of a trough south of the Yucatan Peninsula.

Temperatures will be cool at dawn and hot during the day, with a dominant wind of east direction changing to the north-northwest of 15 to 25 kilometers per hour with gusts up to 45 kph in coastal areas. The new frontal system will be located on the northeast of the country. The cold front will move quickly over the Gulf of Mexico, foreseeing that in the afternoon it will approach the Yucatan Peninsula, generating an increase in clouds.

On Wednesday, a new frontal system will be located on the west of the Caribbean Sea with stationary characteristics, but the cold air mass that gave it momentum will cover the Yucatan Peninsula and the Gulf of Mexico, causing lower temperatures. 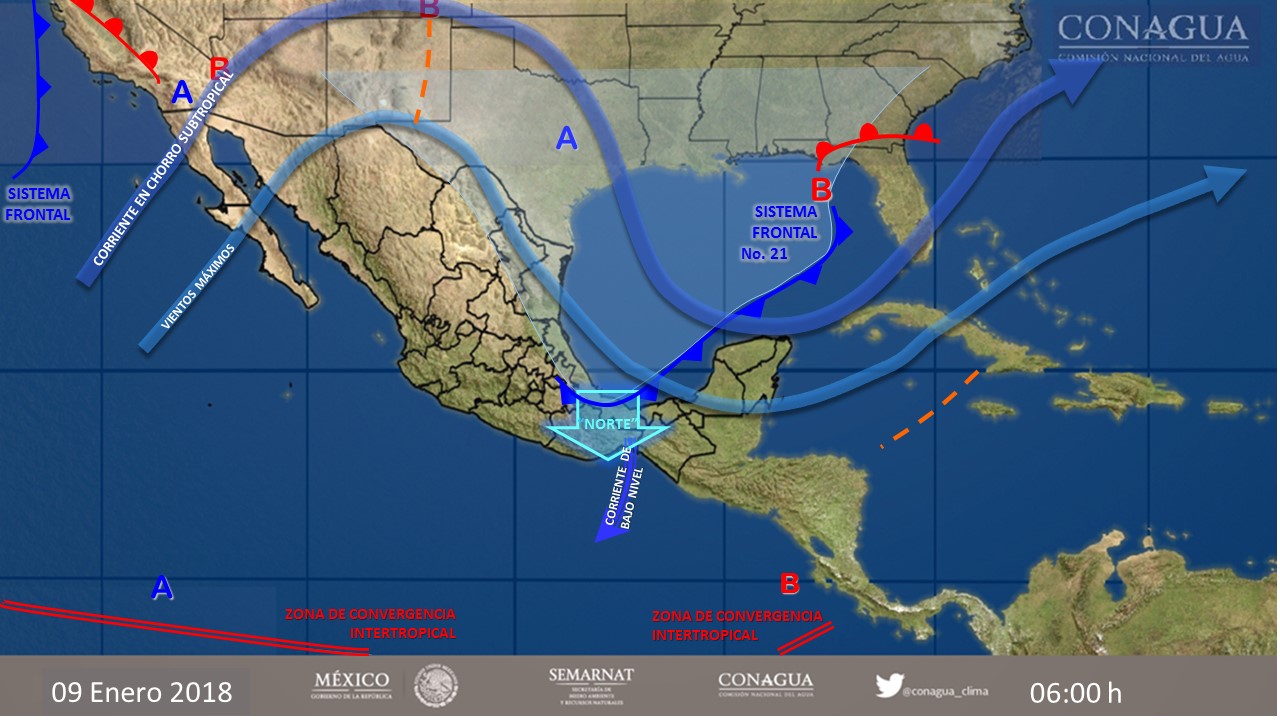