According to the senior analyst of Euromonitor International, Wouter Geerts, “Although the United States is the largest issuing market for Mexico, the country is becoming increasingly popular with visitors from Europe and Asia”.

Governor Carlos Joaquín said that the consultancy issued its classification in November in the framework of the World Travel Market in London 2017. “In the ranking of the 10 most visited cities in the Americas, it ranked Cancun in the fifth place,” he added. 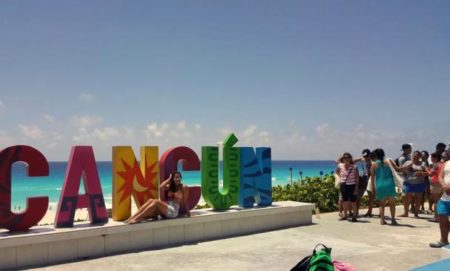 In 2016, the Mexican resort city of Cancun welcomed 5.8 million international arrivals and the report forecasts this will reach 6.8 million in 2017 – up by 16 percent year-on-year. The surge in arrivals is predicted to continue and reach 7.6 million in 2020, and nine million in 2025.

Rafael Ortega Ramírez, president of CANACO Cancun, Isla Mujeres, Lázaro Cárdenas and Puerto Morelos, pointed out that it is important that Cancún be among the 100 most visited cities in the world as this leaves an economic footprint for the destination.

“Being the most visited tourist destinations, it shows the perception of security that visitors have. In addition, when registering greater flow of tourism, both national and foreign, new sources of employment are opened with salaries that are better than in other states of the country, which allows the inhabitants to have a higher quality of life,” Ortega said.

According to Euromonitor Research, the second fastest growing city in the Americas will be Toronto, up 11 percent year-on-year during 2017 followed by Mexico City (9 percent), Vancouver (6.6 percent) and Punta Cana (6.5 percent).

The Euromonitor International ranking is based on the research conducted in 100 countries and is governed by the number of travelers who spend 24 hours or more in a city.

“The growth of tourist activity and the fact that Quintana Roo is a power in this area generates more and better opportunities for all, and the number of well-paid jobs for people grows,” Governor Carlos Joaquín said.

The report indicates that Hong Kong again retains the title of the most visited city in the world for the eighth consecutive year, followed by Bangkok and London.

According to the UN World Tourism Organization, Mexico has climbed from being the 15th most visited country in the world in 2012 to the eighth most visited.