PLANNED PETHOOD INTERNATIONAL has promoted 8 Years of responsible care for household pets and reduced the overpopulation of these  animals with great success.

More than 25,500 animals have been sterilized during this period.

Through this press conference, we would like to inform you that the ninth Mass Sterilization Campaign that would have taken place from January 20th to 27th 2018, in the municipalities of Mérida, Progreso and Valladolid, will not take place this year, due to the lack of funding for  surgical material supplied in the previous campaigns by the Ministry of Health of Yucatan (SSY).

“ I, Dr. Jeff Young, initiator of this activity and founder of PLANNED PETHOOD INTERNATIONAL, through PLANNED PETHOOD MEXICO and AFAD together with the help of other governmental, private, educational institutions (UADY), social, animal protection groups, medical veterinarians and local, national and foreign volunteers, as well as the foreign community that resides here, with the aim of promoting the responsible care of companion animals have taken the initiative for 8 years in promoting and reducing the number of abandoned dogs and cats in various municipalities of this State.

Some world statistics affirm that in 7 years a pair of dogs would have an offspring of 50 thousand puppies and a pair of cats of 420 thousand; that being said in its 8 years of effort, this work has prevented the birth of hundreds of thousands of animals that would be in a street situation, causing a numerous amount of environmental and public health issues.” 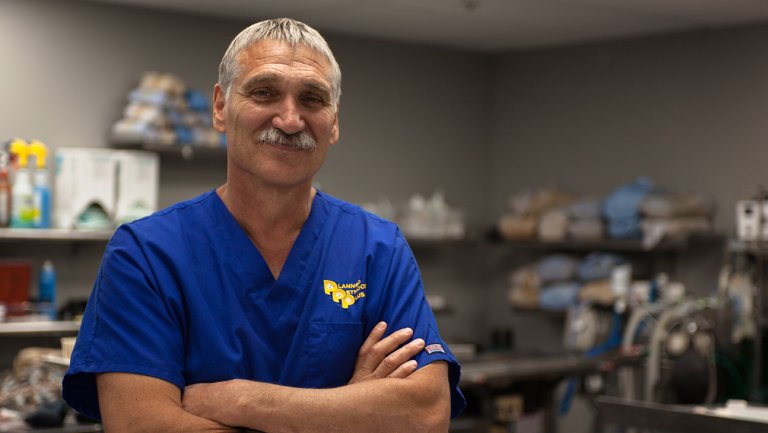 “It is a pity that this year the Ministry of Health has not been able to help this campaign. Due to the support provided by them and the collaboration of various non-governmental organizations during these eight years, overpopulation has been controlled after sterilizing about 25,500 dogs and cats, representing a great benefit for Yucatan. ”

On this occasion, as every year, Planned Pethood Mexico, The Franciscan Shelter of the Unprotected Animal (AFAD), as well as many private companies and the foreign community in Yucatan join efforts, however, this year the coordinators had to make the difficult decision to cancel the campaign upon notification of lack of sponsorship by the SSY.

`It is regrettable that after all the effort and work by so many people in the last 8 years and the establishment of a public policy an annual fund has not been assigned for this project which is  in favor of the health of the community and the development of the state, and ha, not only has benefited more than 25,500 families, but has promoted education and responsible ownership of companion animals in the last decade.

PLANNED PETHOOD INTERNATIONAL has focused their actions mainly in free campaigns for the benefits of the communities, with 3000 dogs and cats sterilized in one week,  we have been  given the record of most animals sterilized in one campaign in Latin America in that time period.  Which is not only significant for our organization but also for the state of Yucatan.

I appeal to the authorities; local and the SSY in the most attentive manner, to consider supporting this type of initiative again next year, which are both in favor and benefiting to both local and state.

Thank you very much for your attention.