If that is the case… consider these 6 AMAZING places in the Yucatan, filled with history, that will blow your mind!

It’s located on the 8th kilometer along the Mérida- Progreso highway. Take the detour that leads to the towns of Chablekal and Conkal, before touching the town of Dzibilchaltún at the end of which find the deviation that leads to the archaeological zone. The visitor can arrive at the site through public transport. Its most famous structure is the Temple of the Seven Dolls, where you can see the equinox as in Chichen Itza in a spectacular way. There is also the Cenote Xlacah, where you can swim —Swimmers beware since it is quite deep— 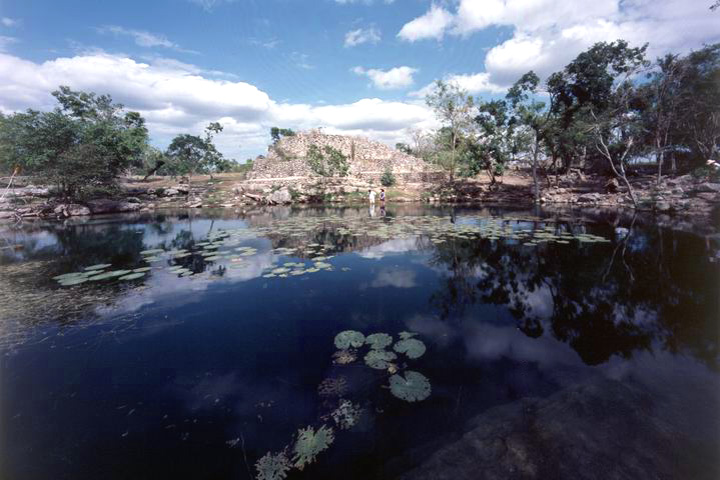 In the area you can also visit the vestiges of an old church of the sixteenth century. It opens from 8am to 7pm.

Possessor of majestic constructions hidden among large trees, it is a different site to all the Mayan areas and does not look like any other known archaeological site. It has 45 structures and is surrounded by two concentric stone walls, and another one that joins the to the central buildings. These walls had defensive purposes and to control the access. It has a ball game and a very beautiful arch where a “sacbé” or sacred path ended, which in ancient times connected to the Mayan kingdoms. In Ek Balám you will find hieroglyphic snakes, beautifully carved monuments in stone blocks with details that make them unique and have been a source of speculation since the images resemble angels. 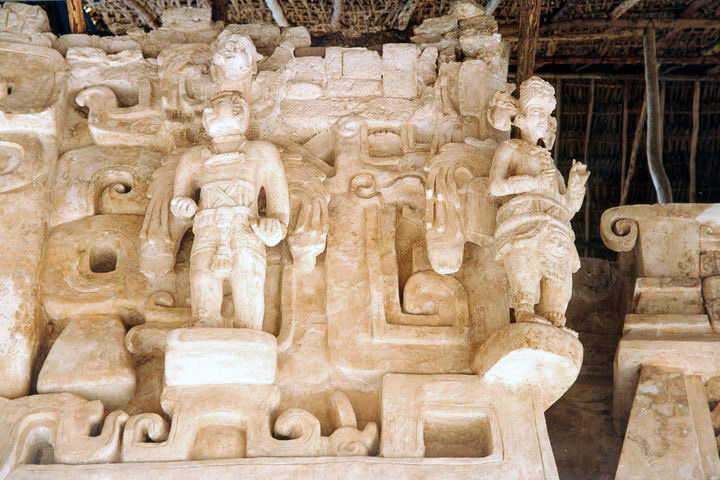 It is located 20 minutes north of Valladolid, Yucatán. It opens every day from 8am to 5pm.

The walled city of Mayapán, known as the “Flag of the Mayans”, is considered the last great Mayan capital. It has an extension of 4 km2, in which there are approximately 4,000 structures. The city of Mayapán was built in the likeness of Chichen Itza. Its main buildings are a copy of the capital of the Itza.

It is located 40km away from the city of Mérida. It opens every day from 8am to 3pm.

It was the second largest religious center of the “Puuc style”. Its epoch of greater apogee, was towards the year 800 A.D. Its boom period coincided with Uxmal during the 9th and 10th centuries and, like Uxmal, it was abandoned in the 11th century.

It is located 20km from Mérida, its most important building is known as “Codz Pop”, which means “rolled backpack”, a good option is to visit after k Uxmal, as it is very close. It opens every day from 8am to 5pm.

Small, but  a very important Mayan city. It reached its splendor between the 600 and 900 AD. Its name comes from “lab”-old thing, and “nah” house: “Old house”. In this place the architecture of the flourishing “Puuc style” prevails (centuries XI and X) but there are some samples of the “Puuc architecture early of the VIII century. It´s 30 km south of Uxmal. You will find an elegant arch that welcomes you to Labna. This arch is one of the most representative architecture works of the Mayan Culture.

In the area you can also visit the building known as “El Mirador” and “El Palacio” decorated with majestic figures in honor of the god of rain Chaac. It opens from 8am to 5pm.

“The three times built”. It is part of the “Puuc Route”. After Chichen Itza it is the second most important archaeological zone in the Yucatan Peninsula. It is a “World Heritage Site” by UNESCO. Its most impressive buildings are the Governor’s Palace, the Pyramid of the Adivino and a structure similar to a convent that is known as the “Quadrangle of the Nuns”. 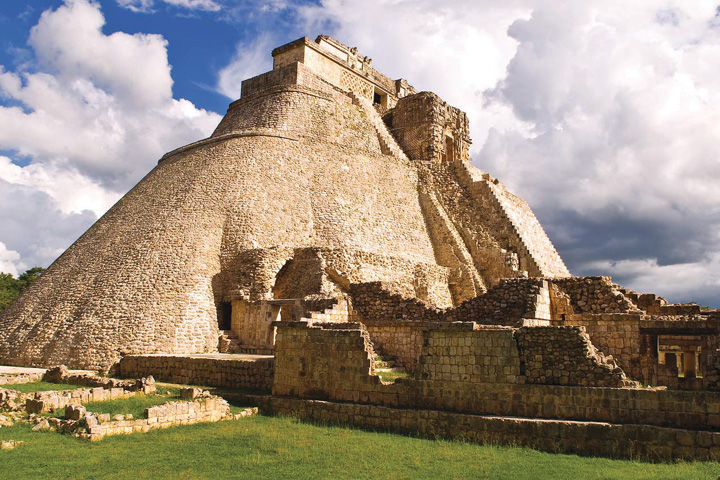 It has a very interesting museum in which ceramic pieces, utensils and objects carved in stone are exhibited. It opens from 8am to 5pm. If you go, stay to the “Light and sound show” which is SPECTACULAR!

If you are an expat, living in the Yucatan Peninsula or you´re just passing by as a tourist, and would like to understand the Mayan Culture from its roots, check this amazing ruins. You will not regret it!