70 year-old found dead in his home in Telchac

Telchac, Yucatán; January 7, 2018 (ACOM) .- On January 7, the death of a 70 year-old man was reported in Telchac. The senior was found inside his home in a pool of blood and signs of battle.

According to the facts, a neighbor of the now deceased, around 8:00 a.m. called the Municipal Police, to inform that at the property located on Calle 20 (between 9 and 11), his neighbor Lorenzo Chuc, 70 years old, was lying under a piece of furniture, with broken skull and full of blood. 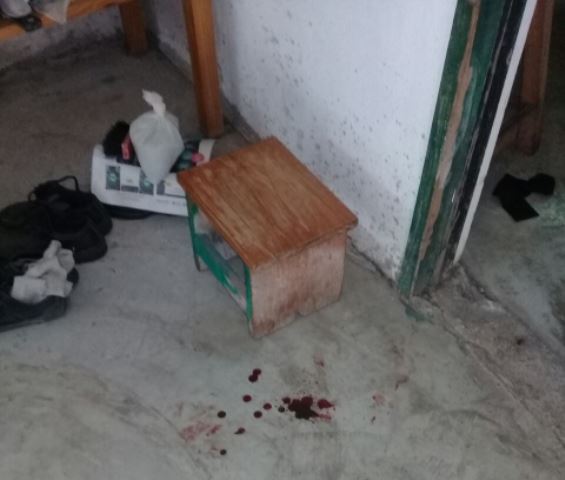 Municipal paramedics arrived onsite only to confirm the victim’s death and they immediately proceeded to call the State Police and the Attorney General of the State, to address the case as evidence indicated a possible homicide.

The body was under a small wooden table, with a broken skull and next to a bloody machete; near the main entrance door, next to a bench more traces of blood were found and signs of a battle.

Agents of the Office of the Prosecutor and forensic experts secured the crime scene, took samples and searched for clues to determine if it was an accident or a homicide.

Municipal Police arrested a young man who turned out to be the first suspect. According to local paramedics, the deceased died between 20 and 30 minutes before their arrival.

In a statement, the neighbor who called 911, said that he used to visit Lorenzo everyday to give him food, and the morning of Jan. 7 was not the exception, but when he arrived he encountered the fatal scene.