CUERNAVACA, Morelos – For the development of public policies and actions against climate change, the administration headed by Gov. Rolando Zapata Bello was recognized with the International Council for Local Environmental Initiatives (ICLEI) 2017, in the category of Local Government Responsible for Climate Change.

This distinction, evaluated by a group of experts, was given to our territory for its progress in projects, programs and measures that contribute to the benefit of the environment and society in the state. 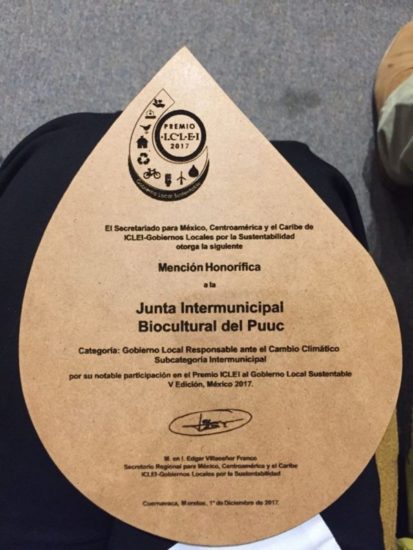 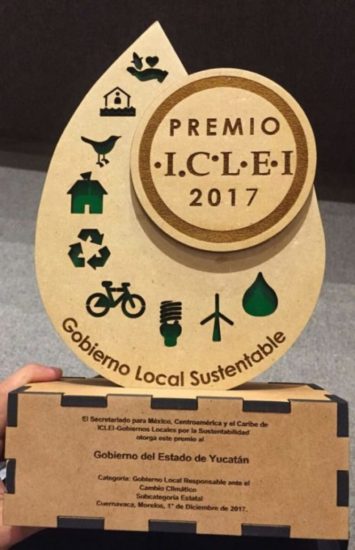 During the ceremony, the mayor of Tekax, Josué Cohuo Tzec, in his faculties as president of the Board of Directors of the Intercultural Biocultural Board of Puuc Zone, which includes the municipalities of Muna, Oxkutzcab, Santa Elena, Ticul, Tekax and Tzucacab, was the creditor of the Honorable Mention in the category Local Government Responsible for Climate Change.

ICLEI is the international environmental agency for local administrations and is an official observer at the conventions of the United Nations Framework on Climate Change (UNFCCC) and for the Fight against Desertification (Cnuld), as well as of the Convention on Biological Diversity (CBD).