Tourism is a very important industry in Mexico. In calendar year 2016, 35 million foreigners visited Mexico, making it the eighth-most visited country in the world.

Some reports about tourism this year though give cause for alarm.

On October 25th, an article appeared on Bloomberg entitled American Tourists Have Been Scared Away From Mexico’s Beaches, by Andrea Navarro and Nacha Cattan.

The article begins by reporting that, “In the spring break capital of Cancun, Mexico, hotel occupancy has tumbled 10 percent this year. As bad as that is, over in Los Cabos, on the tip of the Baja California peninsula, it’s worse. The airport serving Cabo San Lucas and … San Jose del Cabo is looking emptier these days. And hotel guests have canceled 35,000 nights of bookings over the next year….

Hotel occupancy rates might go up or down for various reasons.  But according to the Bloomberg article, many American tourists “are staying away, spooked by a wave of violence that’s come dangerously close to tourist hot spots.”

Up until recently, Mexican tourist resorts have been considered safe.  However, says the article, “Gunmen opened fire at a Cancun nightclub in November, and a cooler with two human heads was found on Cabo San Lucas’s main hotel strip in June. But the biggest blow came on Aug. 22, when the U.S. State Department issued a travel warning advising tourists to steer clear altogether.”

According to Carlos Gosselin, leader of the Cancun/Puerto Morales Hotel Association, “Group tourism automatically went down the moment the warning hit.”

According to the Bloomberg article “… the slowdown in Los Cabos since the travel warning is starting to show in other areas. International passenger arrivals dropped 2 percent in September, the first decline in three years, and compares with a 20 percent average gain for most of this year, according to airport operator Grupo Aeroportuario del Pacifico SAB and the Los Cabos Tourism Board. Other factors such as hurricanes and earthquakes in recent months contributed, said Rodrigo Esponda, managing director of the Tourism Board.”

And, “American Airlines Vacations LLC, which packages trips to beach destinations in Mexico, said business had been rising about 25 percent from a year earlier – until the travel warning torpedoed demand. Meanwhile, the online-booking site Best Day Travel Group has also seen a slowdown in reservations for the end of the year, said Director Julian Balbuena. Los Cabos is the hardest-hit destination with a 6 percent drop, he said.” 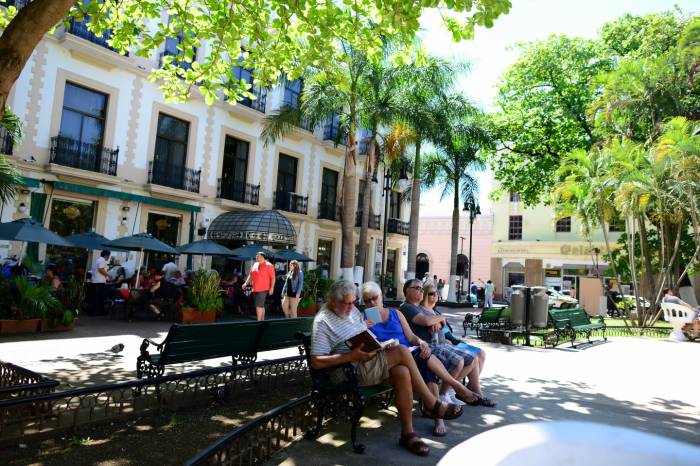 The tourism official referred to is Enrique de la Madrid Cordero, Mexico’s Secretary of Tourism, who discussed another report issued by the U.S. State Department about U.S. tourist deaths in Mexico.

The State Department reported 264 American deaths in Mexico, 75 of them homicides, in 2016.  Secretary De la Madrid stated that he doesn’t believe those murders of Americans resulted from insecurity.  Quoting the Secretary: “In Mexico’s main tourist areas for foreigners – Cancun-Riviera Maya and Los Cabos – we haven’t heard of foreign tourists’ casualties that stemmed from insecurity in the last two years, so I would like to see those [death] cases and provide an answer based on that.”

Secretary De la Madrid also said that “Mexico has received 38 million tourists [in 2016], of which 20 million were Americans. They come to Mexico, then they return to their country safely and want to come back [to Mexico] again. Let’s ask Americans about their experience, especially those who come back. We always concentrate on incidents, but those 38 million people visiting our country shows that they feel safe.”

Secretary De la Madrid has a point.  Every death is a tragedy, but 264 American deaths out of 20 million is not very high statistically.

However, for foreign tourists and potential tourists, perception can be treated as reality.  If people think it’s dangerous for them to go to Mexico, most of them won’t go.

Another tourism problem is that some tourists have had blackouts or injuries caused by tainted alcohol.  The U.S. State Department is nowtracking such cases.

Hopefully such problems can be dealt with, for the safety of tourists and the benefit of the Mexican tourist industry and its many employees.

Allan Wall, an educator, resided in Mexico for many years.  His website is located at http://www.allanwall.info