More travel since Canada eliminated visa for Mexicans one year ago

MEXICO – Today Friday December 1st marks the first year since Canada eliminated the visa requirement for Mexicans, which has allowed this country to receive more Mexicans travelers, since they only need to provide the Electronic Travel Authorization (ETA) . 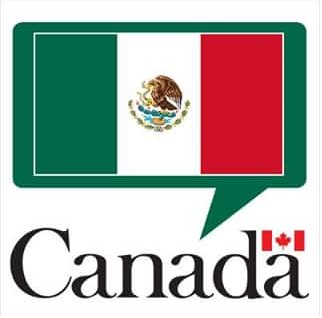 In January 2017, 28,000 Mexicans entered Canada, and in May the volume of visitors from Mexico reached its maximum with 33,000. In the second half of this year the monthly figure was around 28,000 and 30,000, and according to figures from the government office of Statistics Canada, it was a generalized growth of 36%.

On July 13, 2009, the Canadian government of conservative Stephen Harper, announced the imposition of a visa for Mexicans. The reason was that Mexico occupied in 2009 the first place in asylum seekers, and it was thought that many of these cases had no basis.

The surprise announcement was a shock to the diplomatic relations between Canada and Mexico, which were plunged to the lowest level for six years, and that affected the North American Leaders Summit, canceled by Harper.

Since taking office, the current Liberal Prime Minister Justin Trudeau acknowledged that the visa to Mexico “was a great impediment to the bilateral relationship”, so that on December 1, 2016, he suspended this requirement.

In the first semester of this year, the number of Mexican refugee claimants to Canada was more than double what was recorded in all of 2016, according to the Canadian Immigration and Refugee Commission (IRBC).