On Friday December 15, Mexico’s Senate approved a security legislation that sparked sharp protests from human rights advocates concerned that it could encourage abuses by the armed forces in their deployment against drug cartels.

After a 71-34 vote (3 abstentions), on Twitter, Mexico’s Senate wrote in Spanish: “The Law of Internal Security has been approved in the general and in the particular.”

The ruling Institutional Revolutionary Party (PRI) and some members of the center-right opposition National Action Party (PAN) backed the bill.

Known as the Law of Internal Security, the bill establishes rules for the military’s role in battling drug gangs, a conflict that has claimed well over 100,000 lives in the last decade.

The military has been mired in several human rights scandals, including extra-judicial killings of suspected gang members and the 2014 disappearance of 43 students near an army base.

Supporters of the legislation say it will set out clear rules that limit the use of soldiers to fight crime. 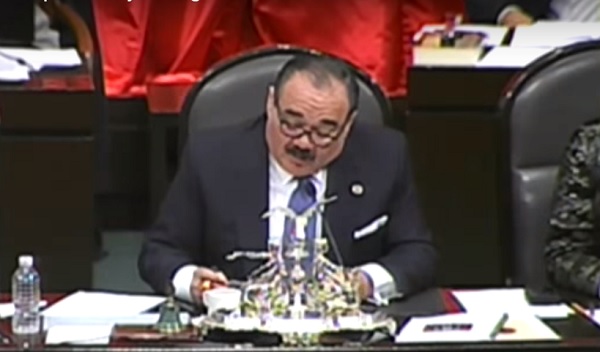 Rights groups are not convinced, saying the bill empowers security forces instead of improving the police and could usher in greater abuses and impunity.

The United Nations, Amnesty International, and Mexican human rights organizations have all criticized the bill.

However, the bill then returned to the lower house of Congress, where its passage was expected to be a formality.

After a 262-25 vote, Mexico’s Congress approved the Law of Internal Security, a law that enshrines the use of the army in the country’s long war against drug cartels.