The town of Chahuites, Oaxaca, is a sleepy little village surrounded by mango farms.

A line of train tracks cuts through the southern edge of town.

Chahuites is in an isolated part of southern Oaxaca, about 170 miles north of the Guatemalan border.

Migrants from Central America used to just pass through town riding on top of La Bestia, the train migrants traditionally traveled on across Mexico.

But now immigration agents patrol the train, forcing migrants to walk northward along the railroad tracks.

“People wait by the railroad with machetes and guns to rob migrants,” said Juan Vicente, a migrant from El Salvador who works at a construction site in Chahuites, “then they steal whatever you got.” … 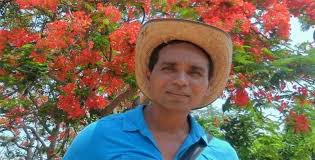 Leobardo Ramos burst onto the political scene in Chahuites last year with an ambitious plan to solve crime. He ran for municipal president promising to clean up Chahuites by getting migrants out of town. His campaign promises earned Ramos a new title: They’ve taken to calling him the Donald Trump of Oaxaca.

Ramos won his election in a landslide, garnering more than 50% of the vote. The president of Chahuites has said in interviews that — unlike Trump — he has nothing against undocumented immigrants. Ramos says he wants to kick migrants out of town because voters asked him to and, as a public servant, he has to do what the electorate asks of him.