Lagunas de Montebello National Park is a national park in the state of Chiapas, southern Mexico, close to the border with Guatemala, comprising 59 multicolored lakes that extend over a 6,000-hectare expanse of land and two Maya ruins. It was created in 1959, being the first national park in Chiapas and by 2009 it was designated a Biosphere Reserve by UNESCO.

The multicolored lakes are famous for their outstanding colors, yet those mesmerizing tone variations ranging from emerald to turquoise are being slowly replaced by muddy polluted waters.

Thus, it is imperative to stop the pollution of the Lagunas de Montebello National Park, since pollution is affecting the environment in the region, the wellness of the surrounding communities and it is triggering a tremendously negative economic impact in the state of Chiapas. 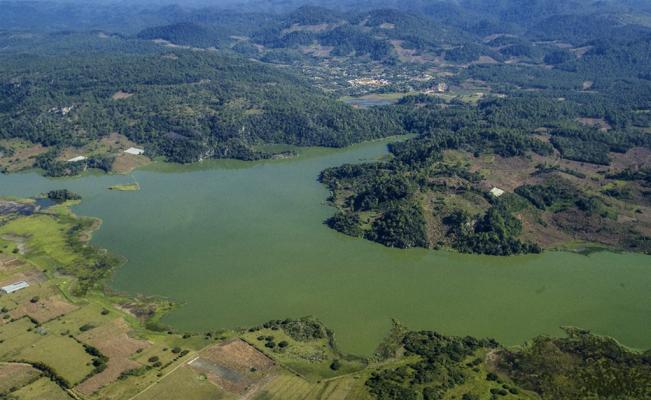 “The conservation of the Lagunas de Montebello National Park is an urgent issue because Chiapas is the poorest state of Mexico and it needs to protect its natural resources. Without natural resources, tourism stops resulting in more poverty,” said senator Luis Armando Melgar Bravo.

Roberto Bonifaz Alfonzo, researcher at the Institute of Geophysics of the National Autonomous University of Mexico (UNAM), reported that from 2003 to date a sudden change in coloration was detected in some of the lakes, due to a surplus of nutrient income from the system of black waters of the municipality of Comitán, along with the use of chemicals in agriculture and deforestation.

“Chiapas lives off its natural resources and those resources translate into tourism and tourism feeds the people of the entity. It is necessary to generate awareness,” assured Melgar Bravo.

Melgar Bravo recalled that in July 2016, Mexico’s National Water Commission (Conagua) announced an investment of MXN$ 200 million to protect the area, yet the senator said “we have not seen any specific nature conservation project, yet what we do see is that pollution prevails, groundwater levels are contaminated, agricultural practices are not respecting environmental standards. There are facts and results,” calling on the authorities to protect the Lagunas de Montebello National Park and hopefully stop pollution before it is too late.