Deported man and family have uneasy ‘homecoming’ to Mexico

Kate Linthicum, LA Times correspondent in Mexico City covering Latin America, brings us the story of a man who had a difficult time after being deported back to Mexico…

For decades, millions of Mexicans crossed into the U.S. in one of the largest mass migrations in modern history. But stricter immigration enforcement and new opportunities in Mexico have reversed the trend. Now, many are returning to towns like Malinalco, a rural community southwest of Mexico City. But coming home, it turns out, can be complicated.

As the cell door slammed behind him at an immigrant detention center in Detroit, Jose Roberto Tetatzin knew his life as an American was about to come to an abrupt end.

He thought about all the things he had acquired over 10 years of hard work in Michigan: the apartment full of furniture, the cool clothes, the cars.

And he thought about his daughters, 7-year-old Angela and newborn Lesli, both U.S. citizens who until that morning had such bright futures ahead of them. 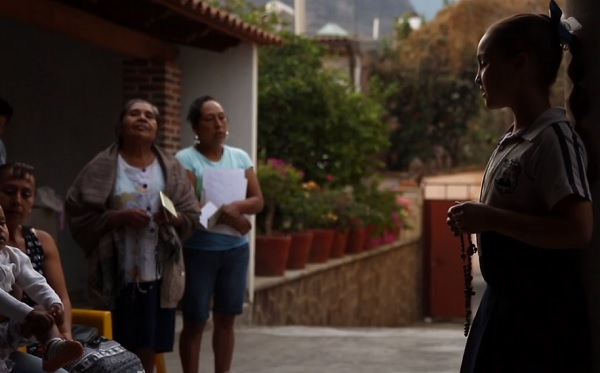 Tetatzin knew he was going to be deported to his native Mexico. Now he and his partner, Judith Cristal Gudino, would have to decide what to do next.

Should the girls stay in the U.S. with Gudino, or should the whole family relocate to Mexico?

At night, he talked through the dilemma with other detained immigrant fathers in the same situation, men from Central America, Africa, even the Middle East. Sometimes, they cried together.

When Tetatzin was finally deported in 2015 in connection with a drunk driving conviction two years earlier, he was part of a large wave of Mexicans returning home.

More Mexicans have left the U.S. than have migrated to it in recent years, data show, a reversal of the largest flow of incoming migrants in modern U.S. history and a significant new chapter in the immigration narrative that has long dominated U.S. politics and culture.

Some have returned to reconnect with family or take advantage of new opportunities in Mexico, where a declining birth rate means less competition for jobs. Others have been forced out, either deported, like Tetatzin, or deciding to leave because, in Donald Trump’s America, they felt less welcome.

In any case, the trend has sparked both hope and concern in Mexico. Many view the large numbers coming back as brimming with potential. Many returnees bring home English and other skills learned in the U.S. But others in Mexico are concerned; they fear unwanted competition for jobs, or worry that deportees sent home for committing crimes could worsen the country’s already high levels of violence.

Click here for full article on the LA Times