After several months of conversation, Radio Turquesa, the Peninsular Radio Broadcasting Network and the Chinese multimedia group Shanghai Media Group (SMG), will sign a cooperation agreement on which both channels will distribute cultural radiophonic content in their respective frequencies.

Luis Alegre Salazar, deputy general director of Grupo Turquesa, said that in the case of Radio Turquesa, the content that will be distributed in Shanghai will be related to the tourist attractions of the Mexican Caribbean, its traditions and its people, the Mayan culture. 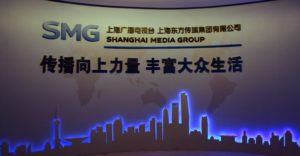 The formal ceremony to celebrate the signing of the agreement, which includes a Chinese ceremony, will be held in Cancun and attended by Yunhu Dong, permanent member of the Shanghai Committee of the Communist Party of China and minister of the Advertising Department. Other dignitaries will also be on hand to celebrate the new agreement with the Radio Shanghai Media Group.

Shanghai Media Group is one of the largest cultural conglomerates in China, with the most complete portfolio of media and related businesses.