Week 12 of the NFL includes the traditional Thanksgiving Day action, which features three games of great rivalry, starting 11:30 am Mexico City time November 22. The first game brings the Minnesota Vikings to visit the Detroit Lions. Those led by quarterback Case Keenum, who has 12 Touchdowns and five interceptions, will seek to stay at the top of their division against the attack of Matthew Stafford and Golden Tate, who come from a streak of two games won.  The duel can be followed starting at 11:30 am by the signal of Fox Sports and Televisa. 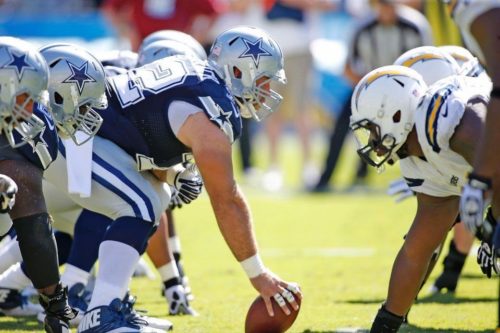 The second matchup will take place at Cowboy Stadium, when the Chargers visit Dallas. It will be the first time since 1969 that the Chargers have activity on this day. The Cowboys arrive without wins in their last two games. On the other hand, Los Angeles has found their way to the playoffs by winning four of the last six games. The match can be followed at 3:30 p.m. by Fox Sports and TV Azteca (channel 7).

Thursday Night Football will have a confrontation of great rivalry. The Giants will visit Washington with the goal of getting out of the East Division basement of the NFC. Both have a losing record, but  New York is who most needs victories, having only two games won against eight defeats. While the Redskins, want to prevail to not miss the bad time facing the Cowboys in the same division and snatch second place. The game will start at 7:30 p.m. by Fox Sports.