In the case of American retirees living outside the country, many even have their Social Security payments deposited directly into foreign accounts. Just how many people do this might surprise you.

According to statistical data provided by the U.S. Social Security Administration, 645,926 payments were made to beneficiaries outside of the United States in February alone. Of that amount, 56,790 of those payments were sent to accounts in Mexico.

What many Americans living abroad don’t realize is that they are required to complete an annual report to the U.S. Government if the value of their foreign accounts exceeds $10,000 USD at any time during the calendar year. This report is entirely separate from your income tax return. 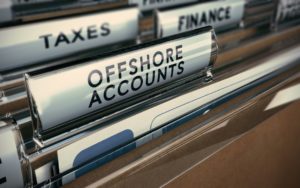 In 2010, the United States enacted a piece of legislation called the Foreign Account Tax Compliance Act (FATCA) which significantly impacted Americans living abroad. The purpose of the law is to track the foreign assets of United States citizens and legal residents in order to locate any income that is subject to tax.

One of the requirements of the legislation is that United States citizens, even non-resident citizens, are required to submit an annual report to the Financial Crimes Enforcement Network (FinCEN) under certain circumstances (see next section).  The report is known as the Report of Foreign Bank and Financial Accounts (FBAR).

The law also requires foreign banks to report assets and identities of U.S. citizens directly to the Internal Revenue Service. This is how they will find out if you fail to comply with your reporting requirements.

Who has to file?

A “United States person” is defined as United States citizens (including minor children); United States residents; entities, including but not limited to, corporations, partnerships, or limited liability.

This includes dual nationals who also have U.S. citizenship.

How do I file?

All filing is done electronically via FinCEN’s portal: click HERE

The instructions and requirements are available in PDF form via this link: FinCEN Form 114

What is the due date to file?

The annual due date to file the FBAR is April 15th.

If you fail to make the date, don’t worry — you get an automatic extension to October 15. You don’t have to make a specific request for an extension.