Crime crisis: 2017 to be Mexico’s deadliest year on record

MEXICO CITY — There were more murders in October in Mexico than in any month over at least 20 years, according to official data, in the latest grim milestone in 2017, a year on course to register the highest homicide tally since modern records began, Reuters reported.

Mexican President Enrique Pena Nieto’s failure to tackle growing drug violence is seen as a major weakness ahead of next July’s presidential election, where he faces an uphill battle to keep his centrist Institutional Revolutionary Party (PRI) in power.

The data, published by Mexico’s interior ministry on Monday Nov. 20, showed there were 2,371 murder investigations opened in October. 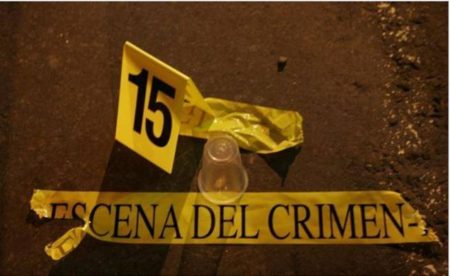 With 20,878 murders nationwide in the first 10 months of 2017, this year is on track to overtake 2011 as the most violent since the government began publishing such data in 1997.

In a speech earlier this month, Pena Nieto acknowledged that crime and violence had been rising.

“It has to be said, we’re still not satisfied, and we still have lots more to achieve,” he said. “Security needs to remain an utmost priority for the government.”

However, he also added that certain sectors of society are engaged in “bullying” Mexico’s institutions, belittling the work of the police and military. Those comments were ridiculed online, where many criticized the rising violence and graft that have stained his administration.

In further bad news for Pena Nieto’s unpopular government, Silvestre de la Toba, the head of the Baja California Sur state human rights commission, was shot dead on Monday. His killing drew criticism from U.S. Ambassador to Mexico Roberta Jacobson, who tweeted that his death should be fully investigated.

Baja California Sur, which includes the popular resort of Los Cabos, is one of the states that has seen the sharpest rise in murders. There were 409 in the first 10 months of 2017, up 178 percent from the same period last year.