While in Mexico City, Green met with Government of Mexico officials to reiterate the commitment of the United States to partner with Mexico to advance prosperity and good governance in Central America. These areas of trilateral cooperation are a result of discussions between the United States and Mexico at the Conference on Security and Prosperity in Central America, co-hosted by the two governments in Miami in June 2017. 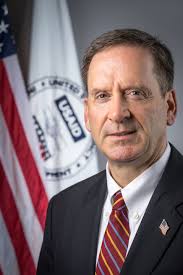 Green discussed disaster preparedness with the Mexican General Director for Civil Protection and visited sites where USAID assisted in urban search and rescue efforts and conducted structural assessments after the September earthquake.  Green engaged with key leaders of the private sector and civil society, involved in reducing crime and violence in Mexico and Central America.  In addition, the Administrator met with USAID Mission staff and colleagues from the U.S. Embassy.