According to MSN, tourists are still flocking to Mexico despite U.S. travel warnings….

Paola Hernandez-O’Connor, a 27 year old living in New York City, has seen her fair share of violence in Mexico, where she was born. She has been robbed at gunpoint, witnessed a kidnapping at a bar, and even had members of her family killed.

And when she decided despite this to hold her wedding two months ago in Cancún, two members of her wedding party were robbed by the police. “I go home every year though despite this,” she said. “I am obscenely proud to be Mexican and I will never not go there.”

Hernandez-O’Connor is one of many visitors who aren’t deterred by increasing violence, though she noticed heightened security in Cancún since she last visited. Mexico has welcomed record numbers of visitors in recent years, but a safety warning from the U.S. has cast a long shadow on visitors’ arrivals.

In August, the U.S. issued a travel advisory for many areas in Mexico due to rising violent crime including kidnapping, homicide, robbery and carjacking. Although drug violence has led to warnings in the past, this most recent advisory included Cancún and Los Cabos, two of the most popular tourist destinations in the country. One of the areas affected by the advisory is Oaxaca, where MarketWatch reporter Emma Court was recently robbed at gunpoint during a cooking class. 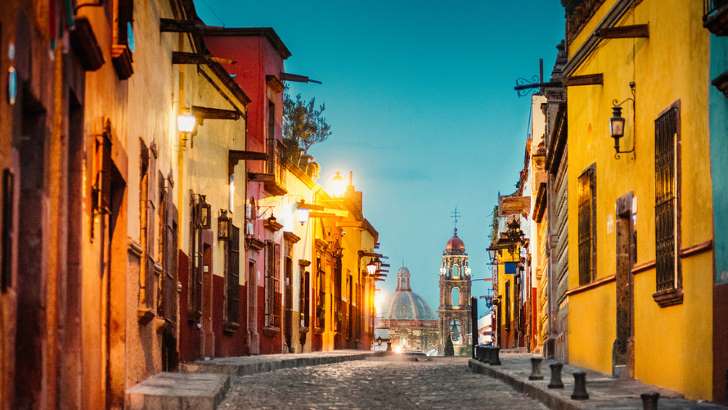 Some popular Mexican destinations are attempting to ease travelers’ fears. This comes after the number of tourists visiting Mexico soared to record heights in 2016 to 35 million visitors — up 9% from 2015. In the first three months of 2017, the country also saw record numbers, with 9.3 million visitors bringing in $5 billion in revenue. Tourism was previously forecast to become the third biggest source of revenue in the country by 2018.

But American tourists are conflicted. On the one hand, they’re looking for relatively cheap getaways for beach and sun, and the recent hurricanes in the Caribbean make travel there difficult. On the other hand, the travel advisory to Mexico came at a bad time: as travelers are planning vacations for Thanksgiving, Christmas and New Year’s. Viral videos of violence in the country don’t help to ease the perception it is unsafe.