MERIDA — Lucidi, graduated pianist and professor of Musical Arts at the ESAY, said that “Songs, dances and inventions: Mexican music for piano” is a tour through the works of important Mexican composers such as José Rolón, Manuel Ponce, José Pablo Moncayo and Silvestre Revueltas.

The musician will offer the pieces: “Tres danzas indígenas jaliscienses” by José Rolón, “Cuatro danzas mexicanas” by Manuel M. Ponce, and arrangements of the Yucatecan songs “Nunca” by Ricardo López Méndez and Guty Cárdenas and the emblematic “Peregrina” by Luis Rosado Vega and Ricardo Palmerín.

The recital will be held today Tuesday October 31 at 9:00 pm at the “Daniel Ayala Pérez” theater. If interested you may request courtesy passes from the ESAY Liaison Department at 930-14-90, or obtain tickets at the theater. 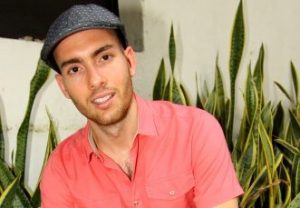 Amos Lucidi began his piano studies in Mexico at the age of 14. In 2011 he graduated with a BA in Musical Arts from ESAY, obtaining an Honorable Mention, He studied for a Master’s in Piano at the “Pietro Mascagni” Musical Institute in Livorno, Italy, again obtaining the honorable mention.

He is winner of the third place in the “majors” category of the first “José Jacinto Cuevas” piano competition (Mexico) in 2008 and second place in the 2014 Crescendo Prize in Florence, Italy. He has also been a semifinalist in important competitions such as the 2014 Scriabin Piano Award in Italy and the Angélica Morales-Yamaha 2016 Competition in Mexico.