Mayor Mauricio Vila announced the events for the last two months of the year in Merida, American Capital of Culture 2017….

MERIDA – The closure of the year 2017, for which Merida was designated American Capital of Culture, will feature many events that the public will be able to enjoy. Here are some to consider: 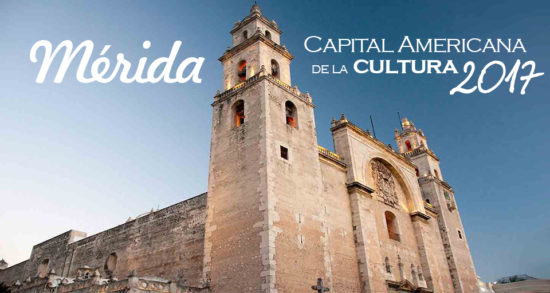 Another event that was promoted along these closure activities was the “Festival de las Ánimas”, which will be realized on October 23rd to 30th.

The Mayor detailed that this year’s festival will include installation of altars, a photographic exposition, theater, music and dance performances,  and such traditional activities as the Yucatecan Vaquería, Serenatas, Mexican Night and the Sunday fair “Mérida en Domingo”.

The year 2018 will start with the International Lights Festival FILUX on January 4th to 7th, as a free public event that consists of multiple exhibitions throughout the most beautiful places in Merida’s Downtown .