EDITORIAL: Election-manipulating Putin may have eye on Mexico’s 2018 presidency

In the last twelve months, the world we live in has seen radical changes of political, economic, social, ideological and climatic nature.

Donald Trump is probably the most prominent personage playing a key role in these changes, but there is a leader with a lower profile who has been in charge of influencing many other countries and is emerging as a historical character who will impact a whole era with his “unorthodox” methods of exercising his political power on a global scale.

USA (2016)
Putin carried out what was probably the biggest dream of many leaders of the former Soviet Union: to successfully influence a presidential election in the United States of America in favor of the candidate of his predilection.

The United States intelligence services came to the conclusion, in a declassified report published in January 2017, that the Russian president ordered a “campaign of influence” to discredit Hillary Clinton and help President-elect Donald Trump in the presidential elections of 2016.

“We conclude that Russian President Vladimir Putin ordered a campaign of influence in 2016 directed at the US presidential elections. Russia’s goals were to undermine public faith in the United States democratic process, denigrate Secretary Clinton and hurt her. The Russian government developed a clear preference for President-elect Trump,” the report said.

But how did he do it? … The alleged Russian hack of the National Democratic Committee (DNC) is part of a wave of Russian cyber attacks targeting political organizations and think tanks in Washington.

Most people would have thought that the US was the strongest country in cybernetics, but after what happened in 2016, this perception changes.

FRANCE (2017)
In the case of France, Emmanuel Macron, 39, a Europeanist and founder of a new centrist party, won the elections in the French Republic after defeating Marine Le Pen, a spokesman for a nationalist and anti-immigrant message similar to that of Donald Trump, who also had the support of Vladimir Putin with whom he met behind closed doors the last week of March before the election.

Apparently France effectively shielded its system against any kind of cyber attack (seeing the vulnerability of the United States a few months earlier).

GERMANY (2017)
German Chancellor Angela Merkel warned that the Kremlin might want to “play a role in the election campaign” by resorting to cyber attacks on German political parties and institutions, spreading part of the documents that were removed from the Bundestag during the big computer attack of 2015 , which has not been the only Russian attack, but the most important. According to the weekly ‘Focus’, the pirates obtained 16 GB in confidential information property of the German government.

The operation was attributed to a group of hackers known as “Sofacy” or “APT 28”, believed to be the Russian secret services.

The Kremlin’s disinformation campaigns are also of concern in Berlin.

Sources from the German government reported that the Russian executive orchestrates television channels such as Russia Today and Sputnik, and employs a real “troll factory” on social networks.

Let’s not forget Putin’s connections with the far-right Alternative for Germany (AfD) and the sociocultural ex-chancellor Gerhard Schröder.

Holland (2017)
General elections were held in the Netherlands on Wednesday 15 March 2017 to elect all 150 members of the House of Representatives. The Netherlands, in its recent elections, decided to count the votes by hand to prevent the Russians from altering the results. According to a report last October 6th presented by the CIA, the FBI and the National Security Agency, “Russia will continue to try to influence the vote in allied countries to the United States.”

Interviewed by political analyst Andrés Oppenheimer, Gary Kasparov, former world chess champion and tenacious opponent of Putin, answered the question of whether Russia would try to intervene in the Mexican elections: “I do not know if Mexico is in some way important for his political agenda. But if it is, of course he will “, said Kasparov (The New Herald, 13.1.17). 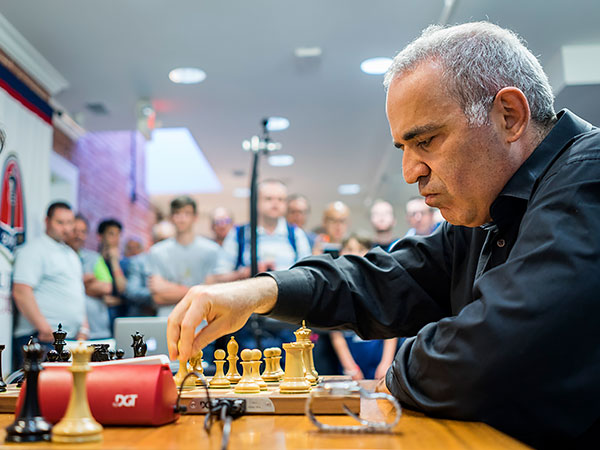 “Cybersecurity and social media become front lines of this new global conflict, so everybody is trying to play by the rules, and suddenly the Russians use technology invented in the free world, against the very foundation of the free world.” Gary Kasparov.

How could Russia intervene in the Mexican elections?

Jorge Fernández Menéndez, an Argentinian naturalized Mexican journalist and specialist in subversive movements who has written 5 books on Mexican politics, says that there is a big possibility of Russia interfering in the Mexican 2018 elections: “As they already did in Catalonia, the United States, France and Austria among other countries. They tried to contaminate, without success, the elections in France and Germany, but they supported the referendum on Catalonia, because this movement destabilizes the European Union.”

“Mexico’s geographical proximity to the United States could be an incentive for Russians to try to hack into our electoral systems,” Fernández declared in an interview for razon.com.mx, on October 23rd.

At the moment, the mechanism actually being used by the Russians is pure propaganda. An essential element of the Russian propaganda network abroad is the Russian TV channel, Russia Today (Founded by Mikhail Lesin, who was the Zar of telecommunications under Putin’s administration), which can be seen in Mexico through Izzy on channel 710, whose news broadcast coverage visibly supports presidential candidate Andrés Manuel López Obrador.

According to argumentopolitico.com, in an interview with a Spanish magazine in the year 2016, when questioned about his opinion on NAFTA, Putin diplomatically mentioned that he respected Enrique Peña Nieto, but that he personally thought that Andrés Manuel López Obrador could play a key role as the next president of Mexico.

So, in the months to come, my piece of advice is do not click on links coming from accounts that are not familiar, or give out any passwords or other personal information, you never know who is on the other side of that fiber optics mouse-trap.

By Alejandro Azcárate for the Yucatan Times with information from: