Browniques Youssef: Find Healing in the Best Brownies in Merida

There are times in life when our biggest challenges are overcome by indulging in life’s simplest pleasures. Mexico is a land where a core part of their being revolves around food and family. In the Mexican kitchen, every ingredient is elaborated with tradition, pride and meaning. Monica, Sofia and Youseff’s brownies are no different. Elaborated with Ki Xocolatl mayan chocolate of the utmost quality, their filling of dulce de leche is stirred over a charcoal fire made in the tradition of her grandmother’s kitchen. They use no refined sugar, no preservatives. The brownies are a gooey mix of mouthwatering goodness. But most notable, they are infused with two of the most important ingredients of all: love and healing. The following is not only a story of the best brownies in Merida. This is a love story. It is a story of a woman’s love for herself and her family, the love that heals the deepest wounds and sparks a flame inside which reconciles and renews.

Monica came from one of the most well-known families in Merida and growing up she never had to lift a finger. She was expected to study, but school was never a main priority because it was understood that she would become a mother and wife to another man from the same social status and she would continue to live as a kept woman for the rest of her life. And she was fine with that idea. As a child Monica had a passion for chocolate. She and her cousin would sneak chocolate from the candy jar in their nana’s kitchen and when it came time for her nana to bake brownies, she was right at her side helping with every step of the process, and licking the beaters of course! For Monica, the act of creating such a heavenly morsel of rich fudginess became a sacred process. She took great comfort in being in the kitchen baking and smelling the chocolate and when everything in her life seemed uncontrollable at least she could find calmness and comfort in making brownies. 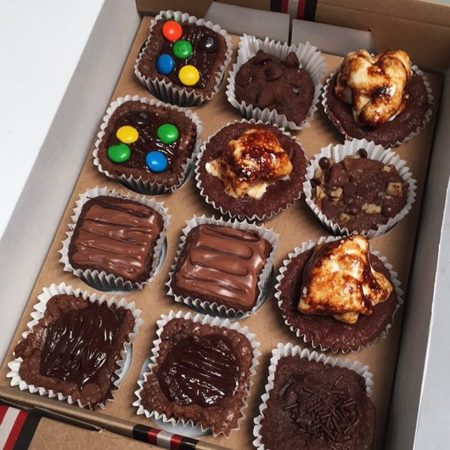 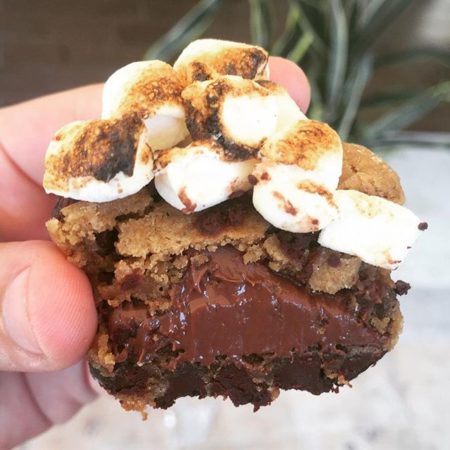 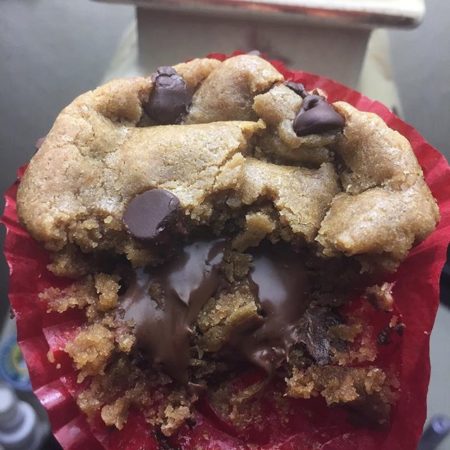 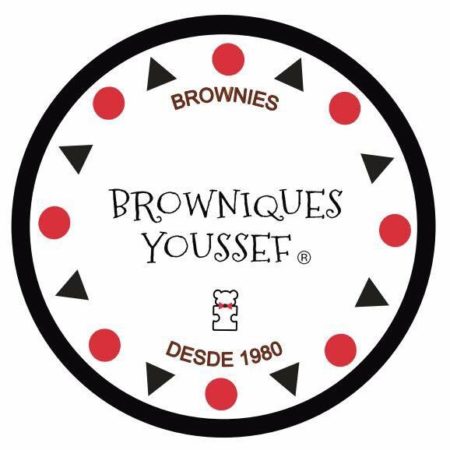 She met and married Rafael who was from a prominent Mexican/Lebanese family. They both dreamed of living in a small, intimate home where they had space to raise their family. Soon after getting married, they moved into one of his family’s residences, a quaint house just for them. They painted, fixed it up and made it their home. They had two children a girl and a boy. However, their picture perfect world changed when they were faced with their first major challenge as a family. When their son Yousef was very young, he was diagnosed with Autism.

In a society where social class and who you marry is a main focus in order to keep the status quo, having an autistic child created barriers for Monica. It was almost impossible to fit her nuclear family into such a square box. Youssef was not able to socialize and he and his sister Sofia barely interacted. Like the puzzle which represents autism, Youssef was a beautiful and colorful piece of a puzzle that whichever way you tried to position that piece, it didn’t fit into the puzzle of “normal” society. Determined to help her son become a high functioning autistic child, the first thing she thought of was to include him in the process of brownie making. She figured that because it brought her such pleasure and calmness, maybe it could help Youssef. Well, the first few weeks of this new experiment, Youssef was tormented by the sound of the blender and the fact that the batter would fly everywhere spattering not only the counter but also on him. This drove him mad and he would go into a screaming fit. However, once Monica got him to identify the taste of chocolate with the sound of the blender and the splatters of batter, Youssef became intrigued and was no longer bothered. Everyday Monica made brownies at the same time, creating a daily routine for Youssef. This worked. Youssef began to love being involved and the kitchen turned into a safe and calming place for him too. Yet, there was one problem. There was no way they could possible eat all the brownies. So, they started selling to the neighbors and to family members. Essentially Youssef became known as the brownie boy of the neighborhood. His father, Rafael, would make him gift cards at Christmas time or special occasions so that he could give the cards away. It was a family effort and a mother’s hands on determination to help her son live his full potential. Through extreme patience and persistence and regular trips to get treatment, Youssef became a functional autistic person. 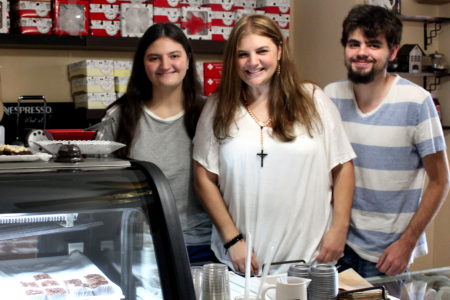 Life seemed to be going well for the family; however, in 2009 their family suffered a great tragedy. Monica’s husband was diagnosed with cancer and two years later, he passed away. Youssef was 13 and Sofia 15 years old. In the same year, Sofia became gravely ill. Monica fell into a deep state of mourning all the while seeking treatment for her daughter and taking care of Youssef who continued to struggle with his autism. The stress and despair took its toll. Living in the home filled with so many memories became too much to bare. They decided to abandon their home and move out of the neighborhood.

Trying to heal, she took refuge in what made her happy: making brownies. She and Youssef worked all day in the kitchen. They invented new recipes and names for each different delicacy they created. Eventually after two long years, she decided to reconcile with her painful past and bring hope and love back into the home she shared with her husband. She wanted her children to remember all the happy experiences they had in the house. She was determined to overshadow the deeply painful memories with new memories of hope. Therefore she set her heart on opening a brownie shop in her family home. This would give her children Youssef and Sofia an opportunity to work and run a business. She felt very strongly that she needed to show her children that nothing in life is free; you have to work for it. You must work hard to overcome challenges; you must be able to support yourself. Working and pursuing a passion is what will heal your heart and build strength. 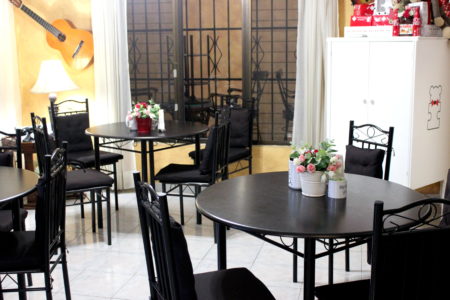 Today you can find Monica, Youssef and Sofia working at the Browniques Youssef in Colonia Buena Vista. They just completed three years open and Youssef is the manager and basically runs the show. Sofia takes care of all social media and marketing. Youssef and Sofia now work hand in hand sharing new ideas and making decisions. To accompany their brownies they offer coffee and a wide variety of high quality international teas. The Neem tree, known for its healing properties, which they planted in the front yard when Rafael first fell ill, 7 years ago, has grown into a beautiful tree in the front yard. Adorned with trinkets, it’s the first thing you see as you enter the patio of the cafe. As in the book Like Water for Chocolate, where Tita infuses her emotions into the food she cooks and those emotions are transferred into the hearts and minds of those who devour it, such is the case with Browniques Youssef. Not only are they a delicious, gooey mix of chocolate of the highest quality, but you eat love and healing with each bite.

Hours: Open Monday through Saturday 11am to 9pm Closed Sunday