President Donald Trump routinely threatens to tear up trade ties with Mexico. So Mexico is building backup plans this year, according to CNN.

It’s doubling down on free trade and turning toward allies in Latin America, who are also changing their own tune on trade.

This year, for the first time, 94% of goods moved tax-free across borders in the Pacific Alliance, a trading bloc that includes Mexico, Colombia, Chile and Peru. Formed in 2011, it accounts for half of all trade in the region and covers about 200 million people.

“We are trading as a group of countries in agreement on free trade,” Mexico’s foreign minister, Luis Videgaray,said Wednesday evening in New York. Videgaray spoke alongside the presidents of Colombia and Chile, as well as a Peru’s trade minister.

Videgaray can’t say the same about Trump being in agreement on trade. Round 3 of NAFTA negotiations between the U.S., Canada and Mexico, begin Saturday September 23rd and major issues remain unresolved.

Some see the alliance as a key part of Mexico’s backup plan if Trump withdraws from NAFTA.

“The Pacific Alliance is a new frontier that’s going to move forward with or without the United States,” says Sergio Guzman, an analyst at Control Risks, a global consulting firm. “Countries are seeing the U.S., not just rhetorically but because of NAFTA, as less and less of a dependent partner.” 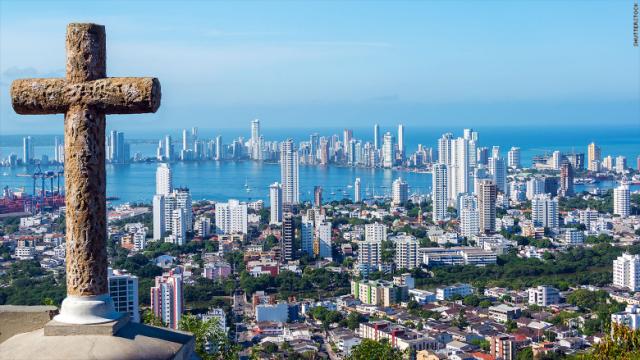