Peña Nieto asks for citizen assistance and faces an earthquake of his own: The Washington Post

According to The Washington Post the late-night tweet from the Mexican president’s office went out as an ordinary appeal for assistance in a time of crisis.

“Mexico still needs you,” read the Wednesday night tweet. “Help with tents, tarps and blankets for families displaced by the #earthquakes. #FuerzaMéxico.”

But the appeal fell flat. It also hit a sore spot for many Mexicans, who hold their politicians and elites in low esteem and were already seething over a series of corruption scandals consuming the country in the months preceding the twin earthquakes striking in September.

Mexicans on social media raged against the tweet, along with their perceptions of opulence, insensitivity and corruption in politics and public service.

“Urgently needed, cans of honesty and sacks of dignity for the collection center in Los Pinos” — the president’s office. “Don’t bring anymore cynicism or shamelessness. There’s already an excess,” tweeted Gerardo Esquivel, an economist at the Colegio de México.

“This is a government lacking credibility, lacking legitimacy with a very bad image due to scandals and all this fuels the negative reaction,” he told The Washington Post.

The magnitude-7.1 earthquake that rocked central Mexico on Sept. 19 and magnitude-8.1 earthquake hitting the southern states of Chiapas and Oaxaca 12 days earlier have claimed more than 400 lives and damaged more than 155,000 buildings.

As Mexicans remove the rubble and mourn the dead, many are asking tough questions about corruption — both the cases of alleged graft in the construction of buildings collapsing in the quakes and the politicians now pleading with the country to help out in a time of crisis.

“It’s not wrong for the government to ask for help. But for THIS government, it’s certainly rich,” said Carlos Bravo Regidor, professor at the Center for Research and Teaching in Economics, in Mexico City. “They are very good, very efficient — not only at diverting resources, but also shrugging it off once their schemes are exposed.”

The earthquakes were preceded by a string of corruption scandals such as one involving 11 federal ministries and agencies signing agreements with public universities for services worth $422 million — of which $187 million went into shell companies, according to anti-graft group Mexicans Against Corruption and Impunity (MCCI) and online news organization Animal Politico.

Almost immediately after the earthquake, a social media campaign emerged pressuring political parties to give up part of the 6.8 billion pesos ($370 million) in public money allotted them each year. (Some of the parties complied, causing uncomfortable questions about whether they might make up for the donated cash by turning to dodgy sources — such as drug cartels — in the 2018 presidential campaign.) 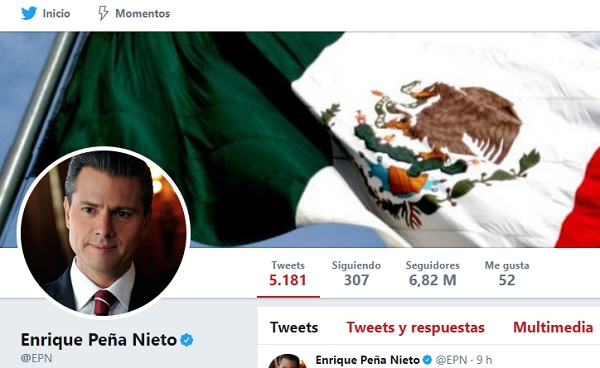 Some even suggested the government go after the raft of state governors who have been accused of graft and fund earthquake relief by recovering what was misappropriated. Others demanded the political class take a pay cut rather than ask the country to dig deeper.

The furor comes at a time when many Mexicans, acting on their own, have already given generously, organized relief efforts and pitched in to remove rubble and rescue those buried under collapsed buildings.

“In our imagination, the government has a lot of money and all of it is mismanaged,” said Manuel Molano, deputy director of the Mexican Institute for Competitiveness, a think tank. “We’re suspicious because they give us reason to become suspicious.”

President Enrique Peña Nieto has an approval rating wallowing in the teens, the product of corruption and conflict-of-interest scandals, an underperforming economy and insecurity hitting levels not seen in 20 years.

The president’s office pointed to a survey from the newspaper El Financiero showing the federal government receiving a 50 percent approval rating for the earthquake response. Members of the army and navy — who have dug through rubble and taken relief to remote areas — received 81 percent approval.

“The federal response to the earthquakes has been, is and will continue to be vigorous … as is deserved by the thousands of people affected by this disaster,” the president’s office said in a statement. “More than 90,000 federal employees are participating directly in the rescue efforts” in areas like security, providing food and medical help and working on reconstruction.

Still, politicians including Peña Nieto have been jeered as they visit hard-hit areas. “Grab a shovel!” someone shouted as the president toured one site. No high-level politicians have been seen getting their hands dirty or hauling away rubble.

“They’ve been missing in action,” says Gerardo Priego Tapía, a former lawmaker with the opposition National Action Party. “The only thing it reflects is that they live on a different planet from most Mexicans.”

Stories surfaced of some politicians seeking to politically profit from the disasters or put their propaganda on relief supplies, prompting some Mexicans print acerbic messages with felt pens on their donations.

“We saw citizens helping, rescuing [people] — along with public forces — coordinating, buying, giving shelter, reporting, informing [but also] hiding their donations from governments so that they didn’t steal them,” said José Merino, political science professor at the Autonomous Technological Institute of Mexico. “It’s hard to find the space to give [the government] credit.”

Businesses have stepped forward, too, promising to match donations toward earthquake reconstruction, but some Mexicans suggested the political and business class start paying their fair share of taxes, instead — and that state governments, which prefer to pawn off politically unpopular tasks like tax collection on the federal government, start collecting funds on the local level.

The hard-hit state of Morelos, to the south of Mexico City, scrapped its vehicle tax several years ago, prompting wealthy residents of the capital to register their luxury cars there — including Attorney General Raúl Cervantes, who put Morelos plates on his Ferrari, according to MCCI and the newspaper Reforma. Cervantes’s legal representatives have said that his actions were legal and that he had a residence in Morelos.