Expat Insider 2017 Survey reveals: Expats overlook safety issues to call Latin America home; Costa Rica, Mexico, and Colombia charm expats, while Chile, Argentina, and Brazil are at the back of the pack…

• Ecuador and Panama show worse rankings for working abroad while Costa Rica has moved up 21 places within one year. • Increasing dissatisfaction with political stability and personal safety trouble expats in many Latin American countries, especially those living in Brazil and Argentina. • Extremely welcoming locals make expats feel at home and tempt the majority to stay forever — but not in Peru.

A new survey by Munich, Germany-based InterNations shows expats living in Latin America are generally dissatisfied with the economic situation, particularly in Ecuador. After three years in the global top 3, Ecuador has fallen 22 places in this year’s ranking of top expat destinations, coming in 25th out of 65 countries. In fact, only Costa Rica (2nd), Mexico (3rd), and Colombia (8th) rank in the top 10, while Panama (36th), Peru (47th), Chile (51st), Argentina (52nd), and Brazil (62nd) struggle to catch up. However, expats still value the welcoming atmosphere in these countries and are often tempted to stay forever, as the Expat Insider 2017 survey reveals. With nearly 13,000 respondents living and working abroad, it is one of the most extensive expat studies, conducted yearly by InterNations, the largest expat community worldwide. Apart from offering an in-depth analysis of life abroad, the survey ranks 65 countries by a variety of factors such as quality of life, working abroad, and settling in. This year’s top 10 destinations for expats are Bahrain, Costa Rica, Mexico, Taiwan, Portugal, New Zealand, Malta, Colombia, Singapore, and Spain. 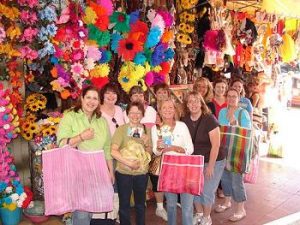 Working life in Latin America varies greatly for expats: While Argentina and Brazil remain in the bottom 3 for working abroad, Costa Rica has made significant advancements since 2015, moving up from ranking 35th to 14th this year. Its neighbor Panama, on the other hand, has fallen a dramatic 24 places, now ranking a mediocre 30th. This might be, among other factors, due to worsened career prospects, as three out of ten expats in Panama rate them negatively in 2017 (21% in 2016). However, Panama is still the third-best Latin American destination for work, after Costa Rica and Mexico. Career prospects are also problematic in Ecuador, where a staggering two-fifths of expats (40%) are unsatisfied with this factor, compared to 26 percent of expats worldwide. In general, it has not been a good year for Ecuador: While it was the third-best destination for expats in 2016, this year it does not feature in the top 10 for any main category for the first time ever. With Ecuador dropping 37 ranks for personal finance within one year (from 3rd to 40th), 22 percent of expats state that their disposable income is not enough to cover all their expenses. This is more than twice than last year (9%). However, Ecuador’s neighbor Colombia has now taken the lead regarding both personal finance (from 19th to 2nd place) and cost of living (from 14th to 3rd). An Irish expat in Colombia emphasizes that “you can get by earning relatively little and have a decent enough quality of life.“ Nearly seven out of ten expats in Colombia (68%) state that their disposable household income is more than enough for their lifestyle, 20 percentage points more than the worldwide average.

Expats Fed Up with Political Instability across Latin America

Among the survey respondents, there is a rising dissatisfaction with the political instability in many Latin American countries. Again, Argentina and Brazil perform exceptionally badly: only 18 and 11 percent respectively are satisfied with their destination’s political stability, compared to a global average of 56 percent. In Mexico a US American expat also highlights the “corruption of politicians”, while a Dutch resident in Ecuador expresses a similar fear of “the economic and political situation, with high corruption in current elections”. While the other countries receive average ratings with regard to politics, Peru stands out in a positive way: the percentage of expats satisfied with its political stability has nearly doubled since 2016 (36% vs. 64%).

Besides political instability, personal safety was seen as a potential disadvantage of life in Brazil (54%), Colombia (36%), Mexico (37%), Argentina (32%), and Peru (31%) before moving. Expats in Brazil, Argentina, and Peru continue to be concerned after arriving, with 68 percent of expats in Brazil rating their personal safety negatively. Expats in Colombia (28%) and Mexico (22%), however, are less concerned after the move. Panama also performs well in this area: while only ten percent of expats in Panama rate their personal safety negatively, eleven percent of expats globally say the same. Chile and Costa Rica are also close to the global average (13% and 14% respectively). However, personal safety rankings are generally worse than in 2016, with only Peru showing a noticeable improvement (34% positive ratings in 2016 vs. 40% in 2017).

Apart from those living in Peru, the majority of expats in Latin America is likely to stay in their host country forever: responses range from 27 percent planning to stay in Argentina up to nearly half of the expats in Costa Rica (48%). This might be due to the welcoming attitude of the local population towards expats, which is rated positively by more than seven in ten in every destination, except for Chile (59%) and Panama (62%). In fact, the top 3 destinations for finding friends are all located in Latin America: Costa Rica, Mexico, and Argentina. An Armenian expat living in Mexico especially appreciates the “friendly, warm, and giving people who make you feel welcome”. Even though Mexico has lost its place as the best destination for expats to settle in to for the first time since the survey was conducted, it still ranks 2nd out of 65 this year. Ecuador has also lost out with regard to the ease of settling in (from ranking 8th to 16th), but expats still value the welcoming attitude of the local population. Nearly nine out of ten expats (88%) rate this factor positively, which is 21 percentage points more than the global average. However, the country to keep an eye on seems to be Colombia: ranking among the top 10 for its welcoming attitude, the ease of finding friends, and general friendliness, the country has really improved with regard to survey results. It does not take long to start feeling at home in Colombia, with 54 percent stating they felt at home either straight away or within the first six months.