On Wednesday August 30 Mexico City’s Benito Juarez International Airport was in chaos over postponement and cancellation of flights, and dozens of passengers bound for Merida remained stranded in corridors and waiting rooms.

Meanwhile, United Airlines warned that the Houston-Mérida-Houston route is canceled until September 5, as a result of the ravages of “Harvey” in that US city.

It was reported that all flights that had to leave Mexico City’s Terminal 2 during the storm were delayed for one to two hours, although an Aeromexico flight scheduled for 6:30 pm to the Yucatan capital was delayed almost four hours until a little before 10 pm they canceled it.

Similarly, there were delays of Interjet flights (19:50 hours) and Volaris (21:10 hours). 65 flights were canceled in total.

Several airport runways were flooded, which affected the flight activities. It was announced the cancellation of departures to Leon, Aguascalientes, Saltillo, Tijuana, Guadalajara, Acapulco and Cancun, and an international flight to Medellín, Colombia. 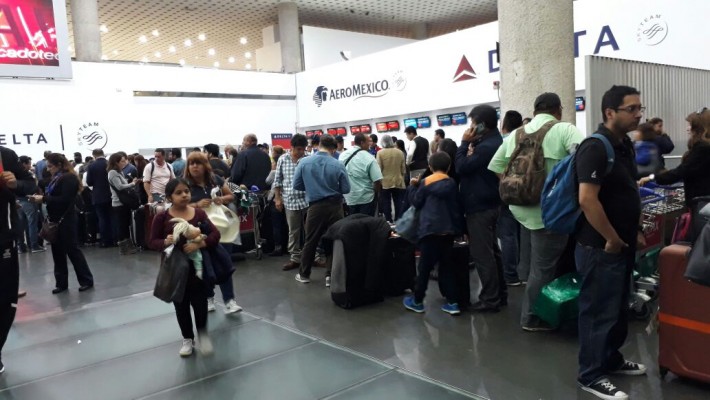 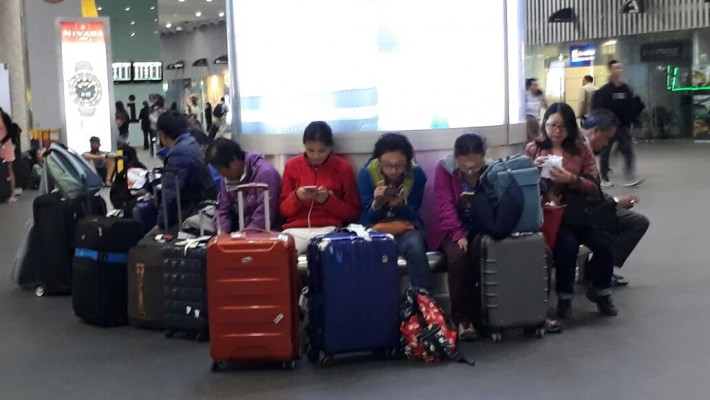 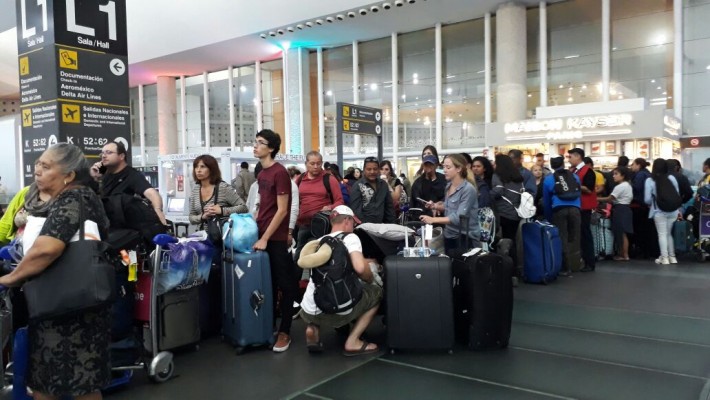