Even before the Trump administration announced its support for a House Republican plan to halve the number of legal immigrants allowed in the US, many immigrants were wondering if they had a future here.

“Since the election, I have never felt safe,” said Aurea Galvan, a 25-year-old undocumented college student who is protected from deportation through the Deferred Action for Childhood Arrivals (DACA) program.

Trump, who campaigned to end DACA, is expected to announce plans to phase out the program this week. If he doesn’t, the program will likely face legal challenges in federal court. The president also remains determined to build a wall along the US-Mexico border and plans to hire 10,000 more immigration officers. He (temporarily) banned refugees from six Muslim-majority countries. His administration has also threatened to withhold federal funding from police departments in cities that don’t work more closely with immigration agents.

Trump’s actions have alarmed people who once viewed the United States as a safe haven. Six immigrants from different countries, with different immigration statuses, spoke with me at length about what it’s like to be foreign-born right now in Trump’s America.

“It’s a country that has given us so much,” said Yasmin*, an undocumented hotel housekeeper living in Kentucky, “even though we are afraid to live here.”

Several said they were afraid — of being stopped and deported, or of the broader consequences of the anti-immigrant or anti-Muslim sentiment coming from the White House.

Do they feel targeted? “When you look at the television and you hear the rhetoric every day about Muslims being terrorists, then yes,” said Seydi Sarr, a green card holder from Senegal. “When you have to explain to your child that Muslims are not terrorists, and why their faith is a good faith, then yes.” 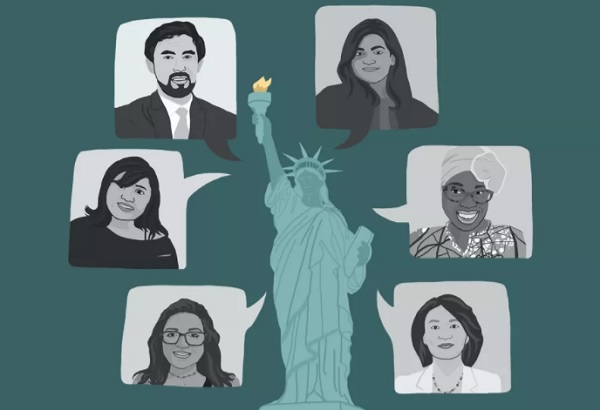