SAN JUAN, Puerto Rico — The island of Puerto Rico is completely without electricity, a spokesman from the governor’s office said Wednesday Sept. 20. “We are 100% without power.”

Hurricane Maria kept thrashing Puerto Rico on Wednesday, ripping trees out of the ground and hammering two-thirds of the island with hurricane-force winds, CNN reported.
“This is total devastation,” said Carlos Mercader, a spokesman for Puerto Rico’s governor. “Puerto Rico, in terms of the infrastructure, will not be the same. … This is something of historic proportions.” 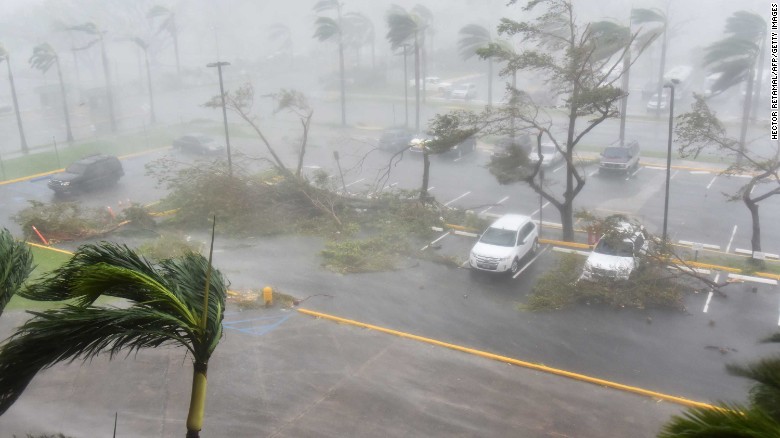 Photos: Hurricane Maria hits the Caribbean
Trees are toppled outside the Roberto Clemente Coliseum in San Juan, Puerto Rico, on Wednesday, September 20. Hurricane Maria is churning through the Caribbean, threatening islands that were already crippled by Hurricane Irma earlier this month.
Maria killed seven people on the Caribbean island nation of Dominica, said Gaston Browne, the Prime Minister of Antigua and Barbuda. Browne said he had been communicating with the Prime Minister of Dominica, Roosevelt Skerrit, who reported “widespread devastation” and whose own house was shredded by the storm. 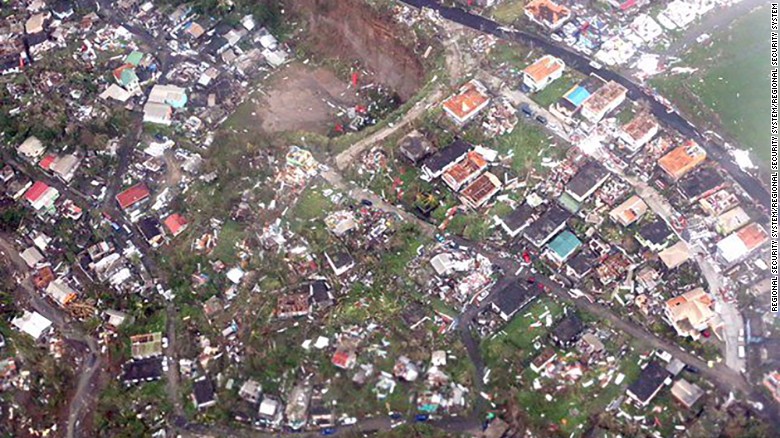 Hurricane Maria obliterated homes on the island of Dominica.

Maria made landfall in Puerto Rico on Wednesday near the city of Yabucoa with winds of 155 mph, the National Hurricane Center said. By 11 a.m., those winds had weakened to 140 mph, but Maria was still a Category 4 hurricane capable of ripping roofs off houses.

Maria was expected to dump at least 12 to 18 inches of rain on the island before barreling toward the Dominican Republic starting Wednesday night, then on to Turks and Caicos and the southeastern Bahamas by Thursday night, the National Hurricane Center predicted.
Virgin Islands and Dominican Republic under the gun
Beyond Puerto Rico, a hurricane warning was in effect for the British and US Virgin Islands, Turks and Caicos Islands, the southeastern Bahamas and the Dominican Republic from Cabo Engano to Puerto Plata, the hurricane center said.
To read complete story click here.
Source: edition.cnn.com