Donations of bottled water, non-perishable foods, disposable diapers, first aid, clothing and blankets are being collected at centers set up for this purpose in various locations around Merida.

More than 200 people have died in Mexico City, Morelos and Puebla due to the Sept. 19 earthquake. Rescuers continue to search for survivors amid the rubble, but the death toll could still mount. 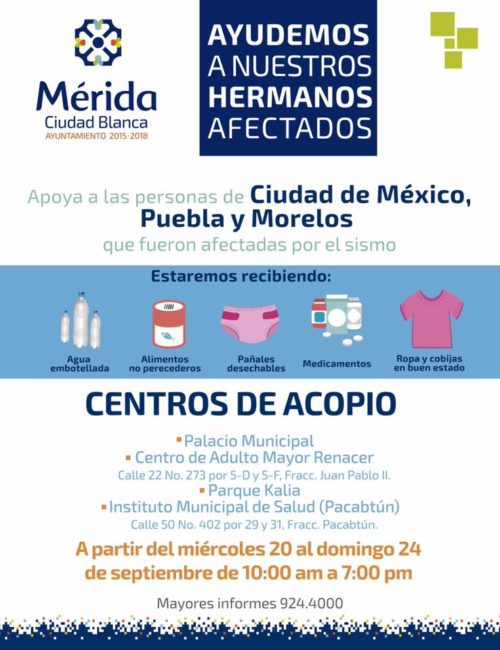 After an earlier deadly earthquake on Sept. 9 that rocked Oaxaca and Chiapas states, Starbucks established drop-off centers at its cafés across Mexico.

Los Topos, or The Moles, a nonprofit rescue team that formed after the 1985 earthquake in Mexico City, accepts cash donations.