Club Sibarita: Where Foreigners and Local Epicureans Wine & Dine Together

As Merida continues to grow and bud into an urban center, new restaurants and culinary experiences seems to be popping up all over the city. In the heart of this culinary phenomenon you can find Jean Philippe Gillot and Caro Molina, not because they are chefs or restaurant owners—although by the looks of Jean Philippe’s Instagram posts he grills a mean steak—but because of their work in Dolce Magazine, showcasing culinary talents from all over Mexico and the world, and their love of food and the art of fine dining. It was from this work that their next project and passion was born: Merida´s trendiest gastronomy club Club Sibarita.

In part 2 of the 1st interview from my series Meet Merida’s Vanguards with Gillot and Molina, they tell us about how this club has grown into one of Merida’s most well-known culinary clubs.

For a link to part 1 of this interview go here:

Stephanie: How did the idea of Club Sibarita evolve?

Jean Philippe: Club Sibarita is something really cool that I never knew we would be so passionate about. It was something that wasn’t planned. Something that wasn’t forced or anything. We simply saw, on our trip to France, what is l’art de vivre and fine dining. We were just about to complete eight years with the magazine and we thought, let´s show our appreciation to our clients and friends by bringing this concept of a fine dining event to them.

Caro: From the business sector side, many told us, “Hey, we want to do these events with you.” Also from the side of the general public, people asked for and were dying for high caliber gastronomic events. This idea just came together so naturally, it seemed like there was a real demand for it. The first culinary event was The Night of Bone Marrow at Amuza, a restaurant at the Hyatt Regency.

Jean Philippe: Yes, it was really awesome, the house was packed. We had around 80 people.  And from there we started planning the next one.

Caro: The second one was the art of mezcal at Soho Galleries and the objective was to take people from the north of the city to the Centro so that they could mix…

Jean Philippe: …so that they could mix and socialize—the expats with the people from the north of the city—that never happens. I was a really fun event with live music, art and mezcal mixology. Everyone was really happy. The important thing for us in this club is to promote public relations and networking, enjoy good food and good drinks, but also to learn. We want it to be a club where anyone who attends the events, leaves feeling as if they have learned something new, have met new people and have enjoyed quality food and drinks. 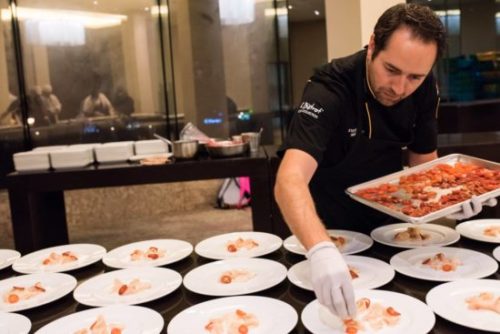 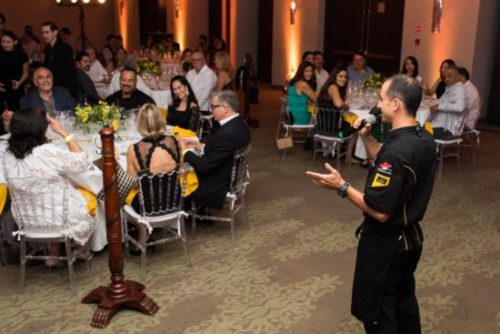 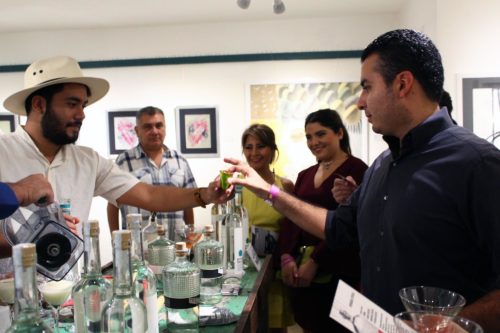 Stephanie: Your big annual event in February drew a lot of attention this year. Tell us how that idea got started and how the event turned out.

Jean Philippe: Talking to a renowned chef and friend from Mexico City, Ricardo Muñoz Zurita, he told us, “Hey you are doing a really great job with your gastronomy club, but don’t just leave it at monthly events, why don’t you do a festival?” So we got excited about the idea and decided to do it. And that´s when we planned for the first time the festival where there were 30 chefs both local and from the other parts of the country. It lasted 3 days, from the 7th to the 9th of February, 2017. We did it in Rosas y Xocolate and the Hyatt Regency and it was really big. We had more than a thousand people attending the events, each event having a different concept; it was top notch. But the idea of the club is that it is not only the festival and that´s it. We don’t want people to forget, so all year we have monthly events and one time a year we have the festival which is a big event where we can bring talent from other parts and there are no limits to what we are doing. Club Sibarita is open to anyone who has a love for food, socializing and enjoying good times in good company.